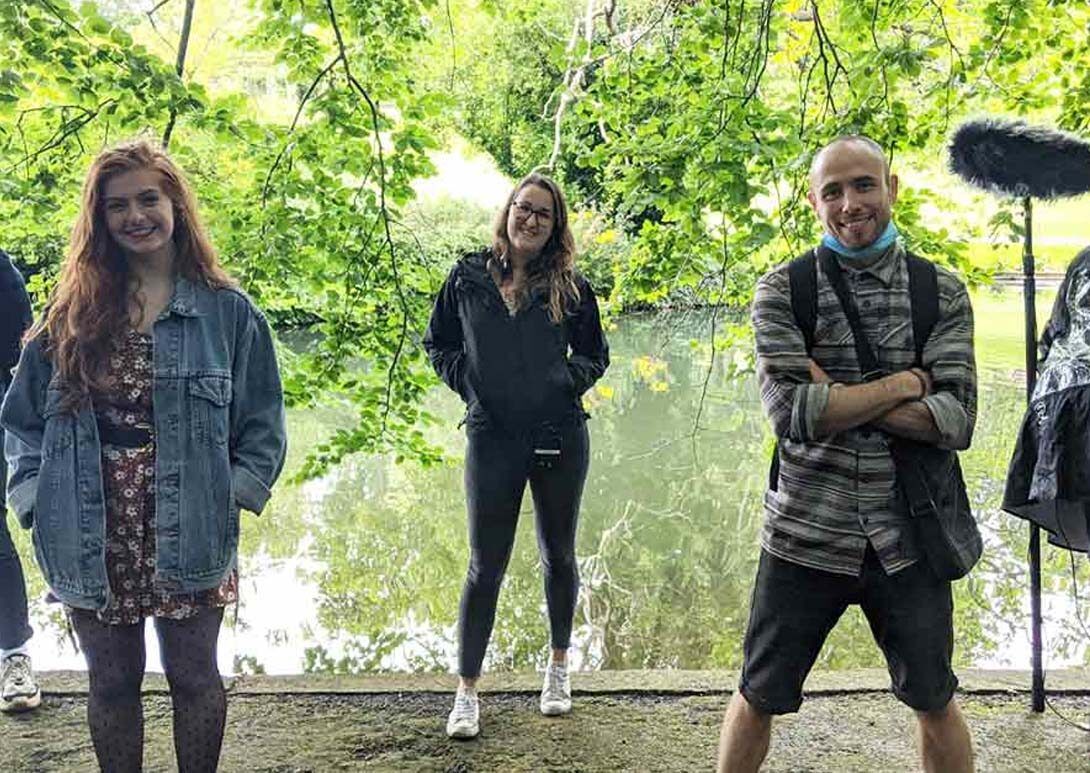 Of the challenges created by the COVID-19 pandemic, one that has often been overlooked is the effect lockdown has had on the wellbeing of young people. It’s a topic that Irish writer, director and MA Directing graduate Megan K. Fox handles with compassion and empathy in her recent short, Love in the Time of Corona, which was commissioned and broadcasted by RTÉ Ireland at the end of 2020, as part of their Illuminations series.

The five-minute comedy introduces 23-year old Gráinne, who humorously reflects on the monotony of lockdown life and not being able to pursue new romantic interests in quite the same way. Like Megan’s other award-winning coming-of-age shorts, the film displays an astute understanding of what it feels like to be young; longing for meaning, stability, connection and life experience. Watch Love in the Time of Corona in full on the RTÉ website here.

Here’s what Megan K. Fox had to say about her latest short, shooting in lockdown and her approach to filmmaking…

Tell us a bit about RTÉ Illuminations and how you got involved!

The Illuminations scheme was put together by RTÉ last year to commission artists across a broad range of disciplines to create work during the lockdown/pandemic. I hadn’t even heard of the scheme when I got the call asking me if I’d like to make a piece, as it wasn’t an open call, so I was delighted that their commissioners had thought of me and wanted to support me in creating something in this strange time! I was offered a small budget to make a short about anything at all that I felt would resonate with people during the lockdown, and I decided to go down the route of sharing a laugh over the struggles of online and socially distanced dating.

What was it like filming around lockdown restrictions? Did you have to change your usual process?

It was definitely a different working environment on set; everyone checking their temperature before beginning, wearing masks and having to drastically cut down the amount of crew and cast to the bare bones. But I had a brilliant team who made the most of it and we really enjoyed coming up with creative solutions to the restrictions. I tailored the short to shooting during the lockdown, so used my own apartment as the primary location, my sister and her partner (my sister, Lorna Fox, luckily being an actor!) as the supporting artistes as we were all already in a bubble, and our lead Fiona Bergin was tested shortly before the shoot. As the story is about life during lockdown anyway all the restrictions worked with the narrative of the piece. Rehearsing over Zoom was a strange process, but I had worked with Fiona before so we already had a good shorthand and working relationship established, which really helped.

It’s the second time you’ve worked with Fiona Bergin – what do you recall about casting her for your 2018 film, The Shift?

I remember her audition for The Shift so well. She was the first person we saw that day and we just couldn’t stop thinking about how effortlessly hilarious and endearing she was! I loved her energy and total lack of self-consciousness. She is a fantastic comedic actress. Always up for anything I suggest could work and ready to give her own suggestions too.

What kinds of reactions have you had from viewers?

People have been really positive about the short! I think comedy is thriving at the moment because day to day life has become pretty mundane. The news is always so heavy; we are all hungry for some levity and relief. The best way to get through a tough time is often to laugh about it.

It’s one of many shorts you’ve now made about young people in transition – what is it that fascinates you about coming-of-age stories?

That time between your teenage years and mid-twenties is naturally filled with drama and self-discovery. It has an energy and urgency to it that we sort of lose as we get older and our problems often become more concentrated on finances and family dynamics over internal struggles about things like identity and sexuality. I think the coming-of-age story lends itself well to small, low budget productions because the stakes are so high even when we’re just observing one character coming to grips with their own identity. I love telling character-led stories and find that young people are often the most compelling characters because they haven’t stopped questioning and exploring who they are yet.

What are you most looking forward to being able to do again once restrictions are lifted?

The ideal day back in ‘normality’ would be going to a busy coffee shop somewhere and sitting in the window to do some work, followed by a trip to the cinema to see one of the many films I’m dying to see from this year’s award nominees. Then a proper pint in the pub with some friends and dancing to cheesy songs with throngs of people until all hours! It’s hard to even imagine at the moment, but hopefully we’ll get there soon. 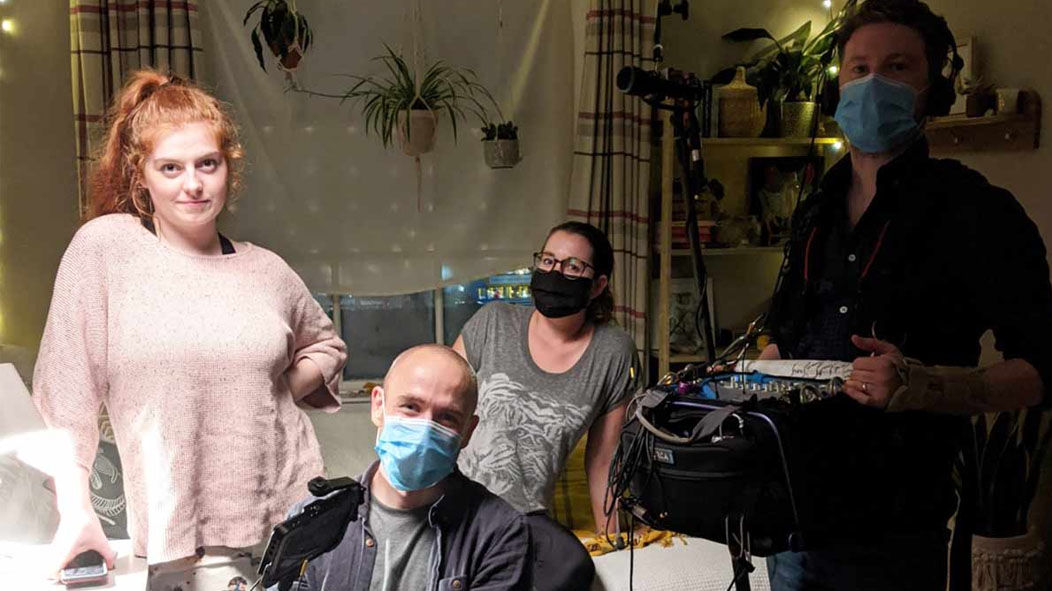