Home Articles Blogs How to Make Film with Your Iphone

How to make a film with your iPhone 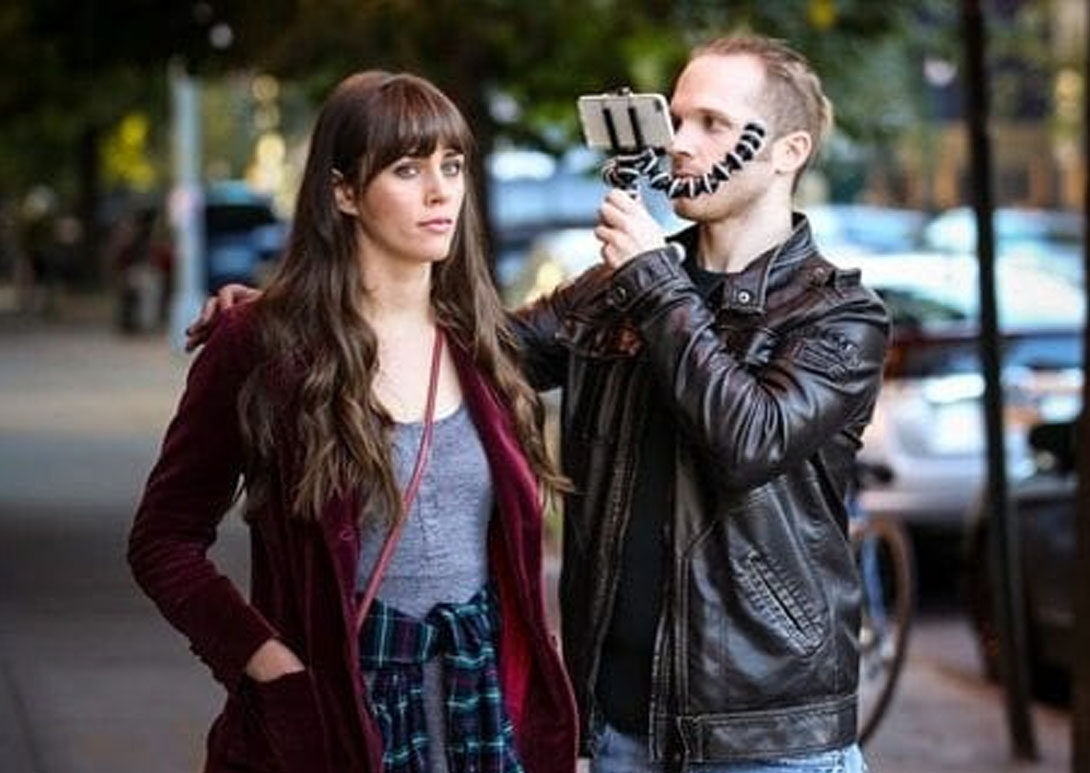 At Sundance film festival this year, there was a film whose story was gathering headlines. The film, Tangerine, is about Hollywood’s transgender prostitutes but the real buzz was around the fact that it was shot entirely on an iPhone. It’s a remarkable achievement, getting to Sundance; many try and many fail. That writer/director Sean Baker was able to do so using phone footage is altogether more impressive.

Technological proliferation means that phone devices are getting better for photography and film and are catching up with their more expensive, industry-standard counterparts. And whilst you need additional pieces of software and kit to mimic the real thing, you’d need these pieces of kit in a big budget shoot too. So…what’s your excuse? Follow our hints below, and get shooting.

There’s no denying that one of the major downsides of shooting a film with your iPhone is the sound quality. Often overlooked by amateur filmmakers, sound and sound design are crucial to your story. They are the difference between a good story and a great one. You’ll need a device that will record sound and we recommend the Zoom iQ6. Zoom devices have been industry standard for years and this sound recorder, made specifically to plug onto the device, will make all the difference in capturing dialogue.

As the iPhone is so light it’ll be sensitive to shaky hand movement, which is easily solved. For static shots, a Gorilla pod will attach itself to your iPhone and grip objects with its multi-armed form. This is especially useful for capturing obscure angles or placing the camera in positions you otherwise wouldn’t be able to with a normal camera. If you plan on moving with the camera, you’ll need to attach it to a steadicam or glidecam. This will allow for a great range of movement and, because the phone is small, you’ll be able to achieve a lot more in crowded areas than you would with a camera body. Finally, for more stability, attaching your iPhone to a tripod is a must. There are various locks and clips available on the market and they are essential for emulating industry camera movement and lending credibility to your low budget short.

When you’re trying to get a close up, it’s best not to use the 2-finger-pinch method when shooting film. This often degrades the quality quickly. Instead, use the steadicam or glidecam to move in and out, mimicking zoom. It’ll teach you more about framing and camera movement in the short term, without compromising the quality. If you need to adjust the focal length, see lenses below.

Focal length is one of the final problems you may want to tackle. Luckily, there are companies that create lenses for the iPhone, ranging from widescreen to telephoto. Tangerine, the film that was received well at Sundance, utilised anamorphic adapter lenses from a Kickstarter campaign and, in the director’s words, ‘made the film look like it belonged on the big screen’. These are the lenses he’s referring to. There are also a range of 4-in-1 lenses from the company Olloclip, where macro, wide angle and fisheye are all achievable for one price. If you want to differentiate the framing of your shots without moving the camera, these are well worth looking into.

The iPhone camera is, after all, a phone camera so filming in low light is not ideal. Where possible, try to shoot near as powerful a light source as possible and, of course, outside in daylight. However there is an app that allows you to push the limitations of the camera even further. MoviePro is designed to help you shoot professionally at a higher resolution with more flexibility. There is even a lock function that allows you to set the focus, exposure and white balance. This means the camera won’t change your focus manually and you can match up the lighting to previous scenes.

Leave shots lingering. If you have a scene and you feel like the movement of the camera isn’t working to your advantage, lock off the shot and make the characters do the work. This is especially true given the camera you’re using and the lighting and framing of a shot you may have. If the camera movement doesn’t work or feels clumsy, don’t be afraid to think on your feet; restructure the scene and let the camera roll as your actors use the space. This is the way you learn about blocking and getting the most out of your budget; work out what you can get and build your story around that.

There are ways to maximise the output of a low-budget film. For example, if you know you only have a limited amount of time or if you have lighting/cast/crew for a weekend only, then build your story around these elements. The director Robert Rodriguez famously started out in this fashion, working out what he could get for free and then basing his script on these ideals. To know your limitations is to use your creativity to problem-solve. If it’s low budget, you don’t have money to throw at a problem. You’ve got to think your way out of it, which is both far more rewarding and educational. 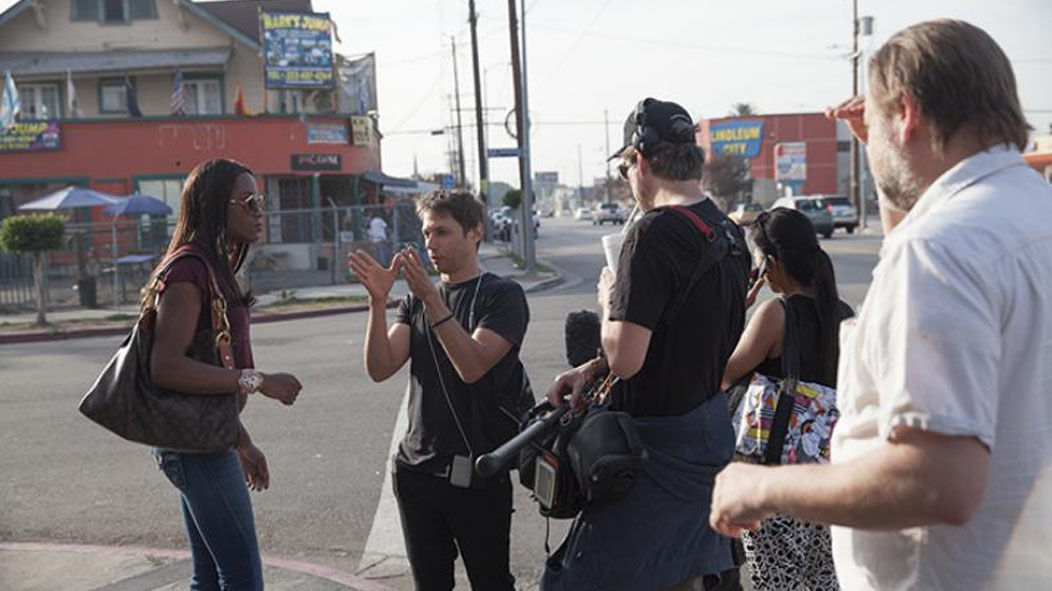 This is a bugbear but, unless you’re trying to achieve a certain look for your particular story, your camera needs to be held horizontally. Many a time we’ve seen clients come to us with footage shot on an iPhone held in portrait mode and ask us to integrate it into films. This makes life difficult and the footage sticks out like a sore thumb. Horizontal, always.

The edit. It’s incredible to think that, once you’ve finished shooting your film on your iPhone, you can edit it on there too. A remarkable feat, given the huge editing suites that are tucked beneath London’s streets. The ideal would be to edit your film using professional editing software but if you don’t have access to Final Cut or Premiere Pro, fear not.

The Videoshop app is a great tool for editing quickly, allowing you flexibility over sound design, slow motion and even recording voice over for narration (especially handy for Morgan Freeman fans). It also does what the iMovie app does, creating animated titles and credits and even layering a soundtrack underneath your film. iMovie is also a great tool for grading your footage with dozens of different filters. If you’re not happy with the filter, you can even tweak the settings until you are.

The future of filmmaking looks more flexible than ever, with a new generation of directors having one of the most flexible devices around; a phone. 4k resolution on phones has already been introduced and, with small drones becoming more and more accessible, shooting 4k aerial footage will soon become commonplace.

Sound recording enhancements are almost certainly one of the next things that phone developers will change. With phones increasingly being used for capturing video, that is one of the areas that has been most neglected and is in most need of enhancement.

Finally, GoPro have announced that they are developing an app that will allow you to edit your GoPro footage straight from your phone or tablet. Not everyone who uses a GoPro knows how to edit but this easy-to-use app will help you trim down your footage into a sizzle reel. There is even talk of a cloud service that will automatically generate a highlight reel for the user. The future is most certainly now.