Five Questions with Giulia Gandini on her latest film ‘My Time’ 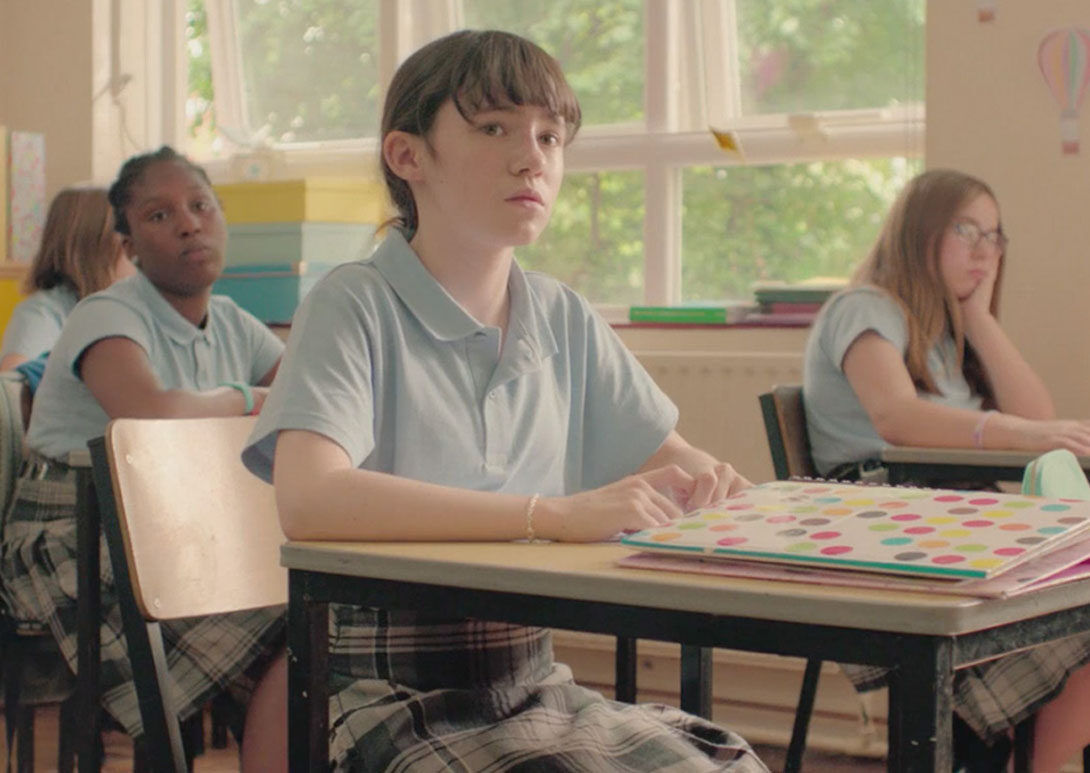 We catch up with MA Directing graduate and female filmmaking champion, Giulia Gandini, on her latest project ‘My Time’ – a short film about menstrual blood.

Tell us about the inspiration behind My Time…

The film is inspired by an experience I had in middle school! A friend of mine got her first period during class; she asked to go to the toilet but was refused by the teacher.

As soon as the bell rang she ran to the bathroom, but it was too late. I remember the girls giggling and the boys pointing with a disgusted look at the bloodstain – it was pretty awful. That feeling of anxiety and fear has stayed with me. That reaction to something so natural.

Who is the intended audience for My Time? Is it targeted at young girls?

I think anyone could enjoy it. Girls for sure, but also boys! The film is mainly intended for young audiences to educate them because periods should be normalised. I believe films don’t only reflect culture, but they shape it.

Periods are a natural and healthy part of a woman’s life and body. Yet society often still depicts it as a taboo, something to hide and be ashamed of.

Now more than ever, viewers are calling for truthful, genuine depictions of women. It’s time for entertaining, yet socially rooted films like ‘My Time’ to raise questions about what it means to be a woman, the female body, and how to portray it.

How did you cast the lead character (young actress Clara Reed)?

I admired Clara’s acting long before starting to write ‘My Time’. I saw her playing the role of Willem Dafoe’s daughter in a Netflix sci-fi feature film called ‘What Happened to Monday’ [she also has played Matilda in Matilda the Musical on the West End].

She was in the perfect age for the story, clearly had incredible creative sensitivity, plus years of experience in the industry, which is quite rare for actors under 13.

I found her agent online and got in touch expressing my admiration for Clara’s work and why I thought she’d be ideal for the role – along with a detailed email containing the script, treatment and mood-boards.

What’s next for you?

I’ve got a busy month ahead of me! I’m currently writing a new short film called ‘Runner’ about young girls in sports, alongside being in pre-production on a short documentary supported by BFI Future Film and the UN. I’m really excited about directing a short experimental video showcasing the work of an outstanding female choreographer for the English National Ballet. Oh, and I’m also developing my first feature film script.

‘My Time’ was created with support from an Arts Alliance Fund – open to all winners of our annual. ‘My Time’ will receive its US premiere at the Oscar-qualifying Cleveland International Film Festival on the 3rd April 2019. Below you can watch the trailer.

The next MA Directing course at MetFilm starts in October 2019. Find Out More.

Watch the trailer for My Time, by Giulia Gandini