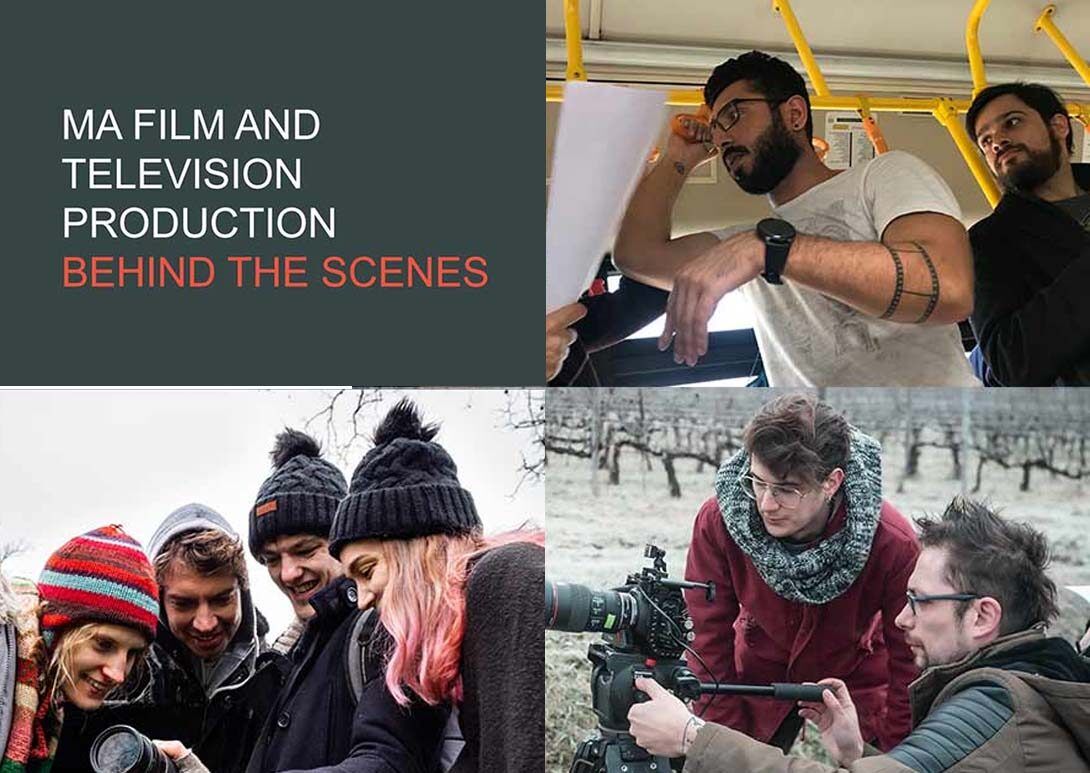 One of the highlights of studying a postgraduate course at MetFilm School is putting into practice all of your new skills and learnings in the form of a Master’s Project (aka Graduation Films) Over the years, we’ve seen a rich variety of content come from our students, from short film and music videos to documentaries and promotional content – many of which have gone on to pick up prizes at film festivals and competitions around the world.

After course completion, we bring these projects to the big screen of a London cinema for each intake’s own Celebration Screening. Attended by crew, family members, friends, tutors and staff, these events are a fantastic conclusion to an intensive 12-months of hard work.

This month, we checked in with our first ever intake of MA Film and Television Production students who are currently putting the finishing touches to their grad films before debuting them at Vue Westfield in March.

A short film about a young and rebellious pregnant woman who is travelling by bus to see her doctor when she gets into an altercation with a religious cleric and receives the aid of an old friend.

Both written and directed by Tabish Habib, Pettifog was shot in the city of Lahore in Pakistan on an actual metro bus that was provided by the Provincial Minister of Punjab for Transport.  The bus was moving throughout the entire shoot, which Tabish explained, proved to be “quite difficult to manage but a lot of fun to execute”. The production required an impressive 40 extras in support of the 3 main characters – something made possible by casting and assistant director Sana Jafri, who also worked in the same roles for the short film Darling which won the coveted Orizzonti Award for Best Short Film at the Venice Film Festival in 2019. Move over, Speed! 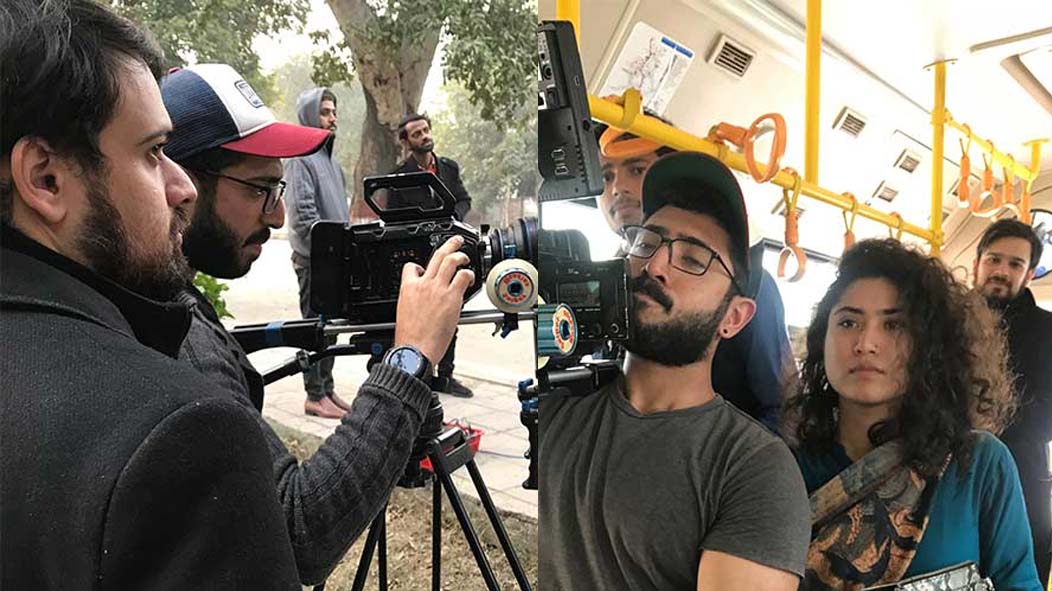 What’s it about?
A social/magical realist short film about a Polish immigrant who finds himself living on the streets of West London and is taken in by a community of homeless people whose behaviour grows increasingly bizarre.

Why we’re excited
Papugi has been a collaborative effort between multiple students on this MA Film and Television Production intake and we can’t wait to see the fruits of their labour. With most of the film’s dialogue being in Polish, we’ve heard that the crew have had to put careful effort into getting the phrasing right by consulting with native speakers. Student Chris Spargo explained that the language barrier also “presented a challenge in casting as it was difficult to gauge how well an actor was performing in a language we didn’t speak.” We respect them for not shying away from the challenge! 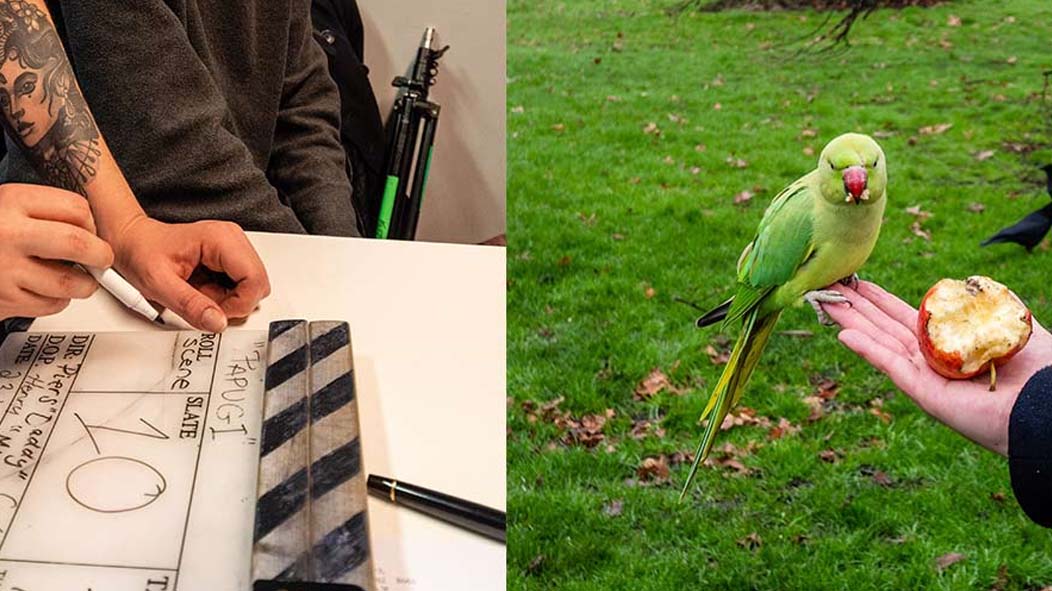 What’s it about?
A 70’s set Italian dark comedy about a painter who finally finishes his masterpiece: a naked portrait of his girlfriend. However, when he reveals his intentions to show the painting at an important exhibition in Milan, tensions mount…

Why we’re excited
From the three films previewed, Stefano’s 10-minute short is certainly the most compact, with the whole piece set in just one room with only two actors. We’ve also heard that shooting took place using a Blackmagic Pocket 4K using Sigma & Canon lenses. We look forward to seeing how this chamber piece turns out. 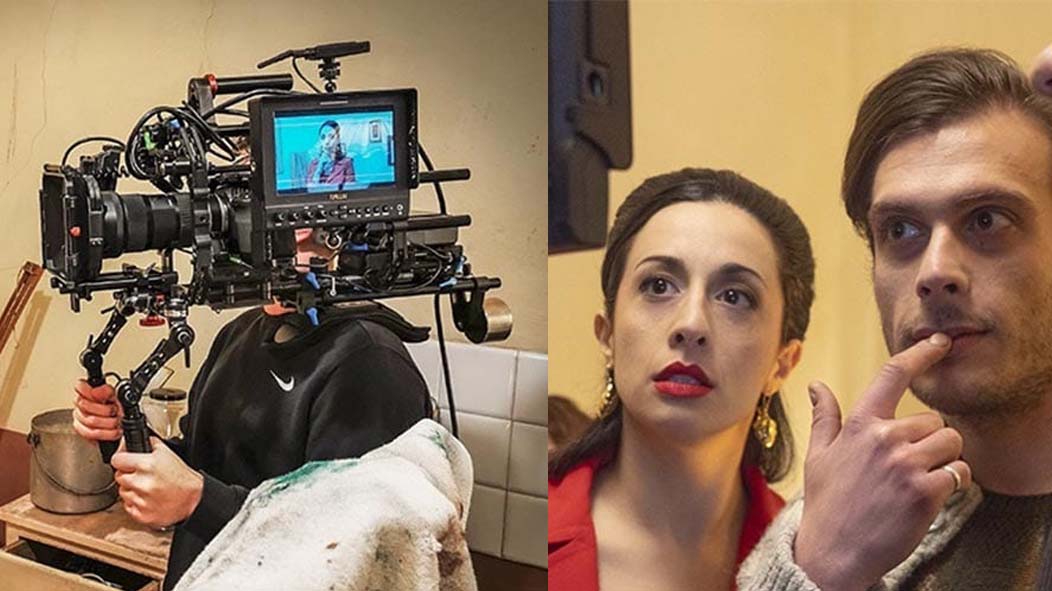 Interested in joining our MA Film and Television Production? We still have places on our next intake in March 2020.