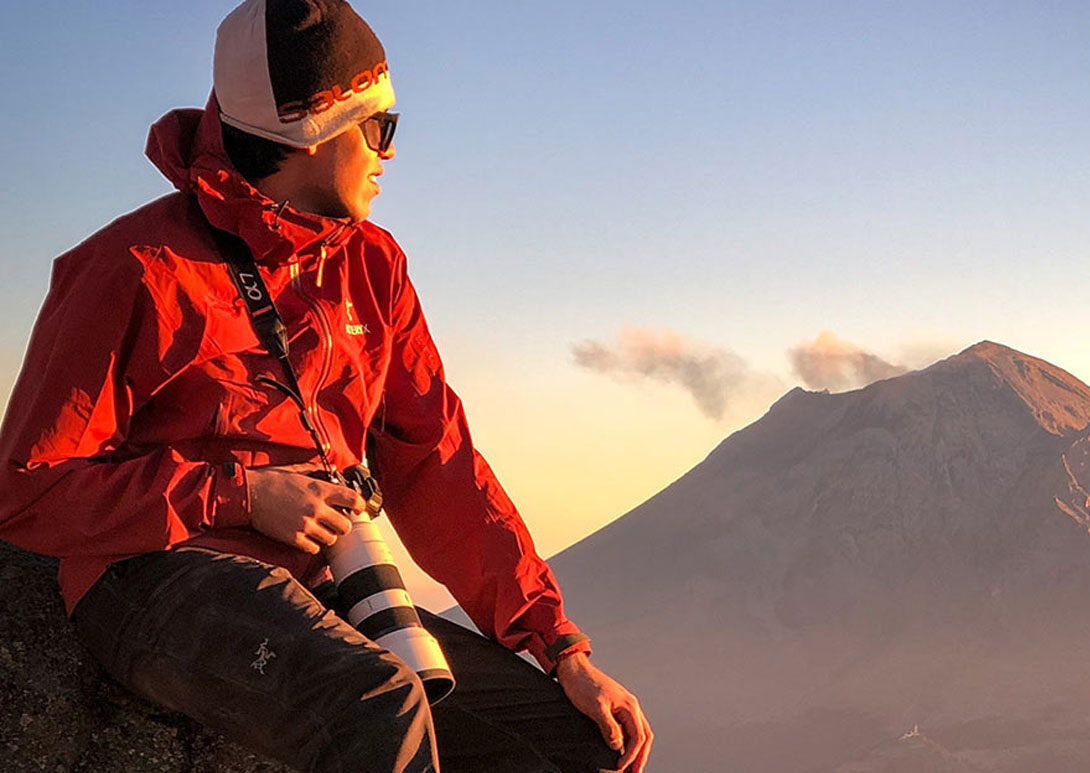 Since completing MetFilm School Berlin’s Four-Week Cinematography, Pablo Norzagaray has carved out a career combining his core passions: shooting documentary film and mountaineering. While he continues to take on commercial projects, it is this niche work in adventure filmmaking that provides the biggest rush, with a particularly exciting project on the horizon…

In December 2020, Pablo Norzagaray was scrolling through Instagram when he chanced upon a post from Beto Dávalos – a trail runner who unexpectedly found himself without the use of his arms and legs after being diagnosed with Guillain Barré Syndrome. Pablo reached out with some encouraging words and, after hitting it off, soon found himself on a plane to Ecuador, ready to start work on a documentary about the runner’s recovery. The film will capture Dávalos climbing Chimborazo, as well as complete one of the most renowned running events in the world in August 2021: the Ultra-Trail du Mont-Blanc.

With the team currently editing a teaser trailer in support of the film’s fundraising campaign, we caught up with Pablo Norzagaray to find out more about his career in adventure filmmaking…

‘Adventure Filmmaking’ is a pretty cool career to have! How do you describe what you do?

It is often hard to describe it. I spend a lot of time up in the mountains with my friends with a camera in hand, which eventually turned into a profitable thing to do. There are not many local DOPs specializing in this kind of content, especially when it involves technical rope access or shooting in high altitude, low oxygen, and very cold environments. My biggest passion in life is to create compelling and beautiful images that drive a story in these kinds of scenarios, and that has taken me to work as a Unit DoP in the middle of Mexico’s Copper Canyons, shooting trail running events, or being a 1st AC for glacier-conservation documentary films.

A film documenting the 250km ULTRA x Mexico 2019 marathon, with Unit B cinematography by Pablo Norzagaray

What are the most enjoyable and challenging conditions to work in?

The most challenging conditions to work in are probably high-altitude mountain shoots. When the sole tasks of breathing and walking become a challenge – adding the fact that you’re probably bringing a big zoom lens, lots of batteries, media management, stabilizers, a tripod, follow focus, etc – well… that can get a bit complicated. It can actually become distracting from the thing you got hired for: to tell a story and get back with great footage. But hey, the most enjoyable conditions? To have a great team. Putting together the crew is key when you’ll spend several days in these harsh shooting conditions, and I’ve made some great friends on these kinds of shoots.

How do you prepare for shooting that is so physical and on the move?

My training is inconsistent as I’m often busy on commercial shoots where I work as a Focus Puller. When I have the time and energy, I’ll do a lot of running and indoor HIIT training to kind of stay in shape for the next gig. I also spend a lot of time in the mountains which makes me not worry a lot about acclimation.

How important is it to you to have a variation of projects to work on?

Balance is key for anything you do. I’ve tried a lot of things in my life and got bored quickly, but filmmaking is such a fun career. Every shoot is different and every set brings new challenges. You get to meet a lot of cool people in this business; I’ve had the chance to visit and work in 29 of the 32 states in México, shooting all kinds of projects from music videos, indie short films, TV shows, features, documentaries, commercial work etc. I’ve worked in this industry for almost five years now, and every day on set I learn something new, and there’s still a long way to go. 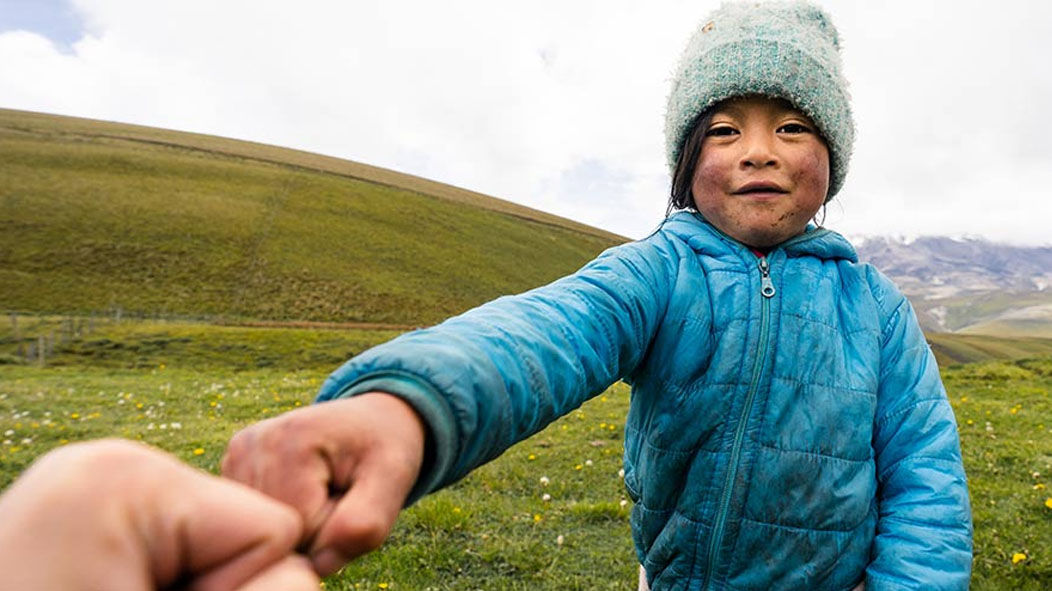 How was your experience studying in Berlin back in 2018?

From my first day on a film set, I knew I wanted to learn the craft and become a cinematographer. I had worked for a while as a video assistant and data wrangler, looking at the camera department doing all the fun stuff with the expensive gear, and I was just hoping to get there soon. Doing all the hands-on practice at MetFilm School Berlin was amazing and gave me the chance to become a 2nd AC when I got back to México City.

Being there with such an amazing class of students from seven different countries was epic. We had a lot of fun during the course and outside the School too. The instructors were great and, although four weeks wasn’t enough time to go as deep into cinematography as I wished, they shared their knowledge and easily accommodated each student’s background and expectations. I hope I’ll be back someday soon to study the MA Documentary & Factual.

What were your impressions of Berlin as a city?

Berlin is such an amazing place, and being there was realizing a dream I had been chasing for several years. The cultural diversity is something you live every day, and to have all these forms of artistic expression across the city really makes it easy to find inspiration. Although today I don’t see myself chasing a long-term professional career in Berlin (as there aren’t any BIG mountains nearby), I surely want to keep going back and get the unique vibes of the city where I had the time of my life so far.

Lastly, what advice would you give to someone interested in this type of documentary filmmaking?

Enjoy the ride. I found myself getting constantly frustrated from not getting the gigs I wanted, but recently I understood that it takes time. If you want to be on high-end shoots with professional athletes, expedition documentaries, and all that top-notch stuff, you’ve got to work your way there. It will require you to not just be a great artist, but an athlete too. This is something I need to work on. I need to start prioritizing my training and skills on the mountain and the ropes, in order to get access to the next level shoots as an adventure filmmaker.

A great lesson I’ve learned is to not shoot the most obvious subject all the time. When you’re climbing it is easy to point your lens straight into the action, or the biggest mountain nearby. But I’ve learned to constantly look around and seek the other components that make a whole. Mountains are often way more complex than a wide landscape shot. If you pay close attention to the details, you’ll often find amazing natural compositions. And if you take a step back, you’ll find too that there is something amazing about the way climbers and local cultures look at these piles of rock and ice. 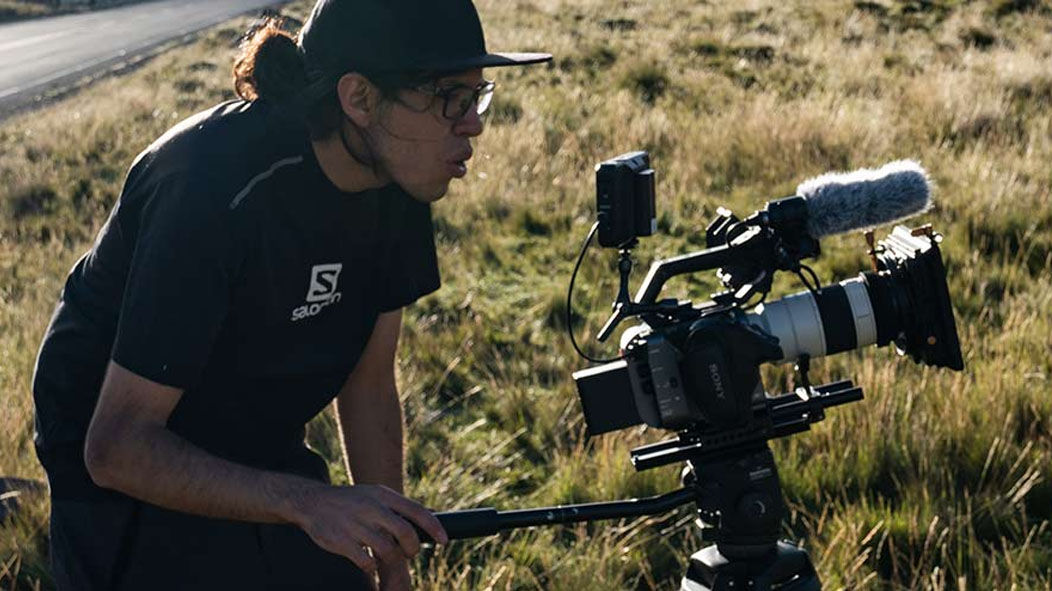