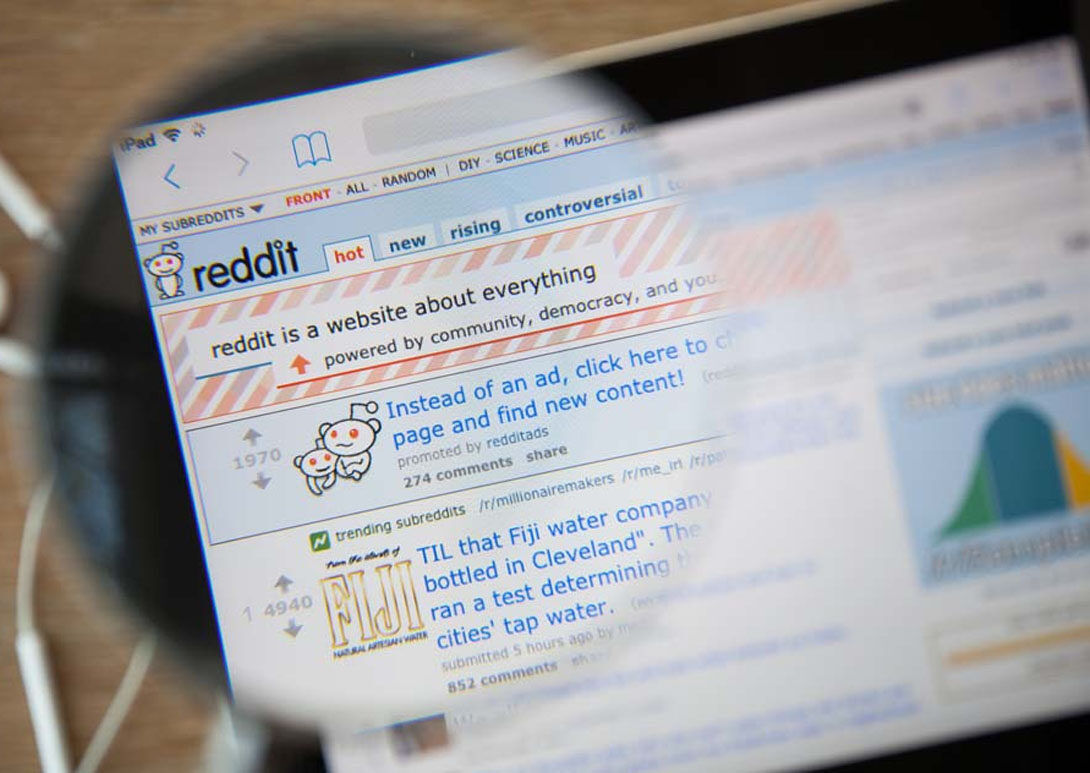 Where can you get the best tips from today’s leading directors? Go to Reddit!  Reddit’s home page calls itself ‘the home page of the internet’, and it’s a great place to head to see what people are talking about. But for film fans there are a whole load of special interest groups, or ‘subreddits’ that are worth checking out. One of the most popular is the Reddit AMA, or Ask Me Anything, which hosts a kind of online press conference where any Reddit user can ask a notable guest any question at all. It’s become a regular feature of a film’s marketing campaign and when done well can offer the audience real insight. The less said about Woody Harrelson’s AMA the better – he refused to answer any questions that weren’t directly related to the movie he was promoting (Rampart) and got roasted. Most people are happy to play along, and film directors of all stripes seem to thrive on the format.

Here are some of MetFilm School’s favourite Reddit AMA’s…

Guillermo del Toro on the inspiration for writing his highly imaginative screenplays:

“I am (and I have always been) a weird guy. And my mind doesn’t function completely in the real world. I have to have, every day, abstract myself into a language of fable and monsters to try to manage and understand what the world means. I interpret the good and the bad in our lives through monsters and parables that I find help me grasp who we are, or how we can make sense of this life we have. And to compliment that, my office, every morning I leave my family home and I go to my office, which consists largely of 11,000 square feet of books and weird objects of art, and I am constantly inspired by the paintings surrounding me, the objects surrounding me, or the books I have read or read every day. It’s fun. And to finalize it, I would say, the final part of this is I think that in order to create movies, you should not solely be inspired by movies. It is important to enrich your storytelling language with every form of storytelling media that resonates with you. It can be a fairy tale, a classic book, or a video game, or a painting in a museum, it makes no difference, as long as it stimulates your storytelling drive.”

James Cameron on the best piece of advice he ever had:

“As a film director, the best advice I ever got was from Roger Corman. He said “film directing is hard work, sit down as much as possible.” The funny thing is, I never followed it! I always come in on first day of production, and there’s a producer chair with my name on it, and I say “take it away! It won’t be used.” And then about 3/4 of the way through a long shoot, I relent, I start following Roger’s advice towards the end of a production.”

Danny Boyle on blocking a scene:

“Let the actors do as much of it as possible, don’t try and fit them into schemes of your own. Or at least, let them believe that!”

“Advice would be get familiar with the Golden Age of Movies. Movies were better-constructed and better-directed in the years between 1912-1962 (slightly arbitrary 50 years but that’s about right). So I think: it’s the foundation of the art. And I think that anyone who directs movies should have a working knowledge of that foundation, before they start turning on the camera. And the other advice I can give is: don’t give up. It’s very easy to feel like giving up, because it’s a merciless business. Especially in America. Because the art and business aspects are at war with each other.”

Jon Favreau on the use of technology as a plot device:

“In my new movie Chef, I try to use Twitter & social media in the same way I used the answering machine in Swingers. It seems that technology, whether it’s an answering machine or YouTube or Twitter, has the potential to make embarrassing moments exponentially worse. It’s a great dramatic tool and could lead to some really fun comedy.”

Joshua Oppenheimer on the relationship between filmmaker and subject:

“The whole process is about being human, exploring humans, with humans. Open yourself to your subjects, and follow your heart afterwards in honouring your commitments to them.”

Werner Herzog & Errol Morris when asked about which documentaries to watch:

“I wrote Brick when I was just out of college, and basically spent my 20s trying to get it made. We had a producer break down the script, and we said “OK we need X amount to make it.” Then we started looking for that amount. And after years and years of failing at that, I met my producer Ram Bergman, who told me I was doing it wrong. I should see how much money I can scrap together right now, and then figure out how to fit my film into that amount. So that’s what I did. It wasn’t easy but we were able to get it made, we shot it in 19 days on 35mm for about $450k.

This is before digital was really an option or at least before it saved you any money… There is nothing harder than getting someone to actually write a check for your independent movie. It’s just nearly impossible. But it happens. I was about to type “it comes down to luck” but really what it comes down to is persistence.

My dad, uncles and grandfather are all in the homebuilding business, and after seven years of putting the movie together and getting actors and a great producer and tracking down money and losing it and tracking it down and losing it again and just not going away or quitting, finally they happened to have a big deal go through and were able to put a little money into it, and that made it possible to get others to jump in the pool. So it’s one of those “work seven years to get ‘lucky'” things.

The other important distinction is that my family was not investing in the movie per se, they were investing in me. They didn’t look at the proposal and think it was a good investment (because a movie is never a good investment) – they looked at me and believed in me. If your money ends up coming from sources close to home, that’s going to be the motivation I think.”

On his writing process: “If I spend a year and a half writing a script, the first year will be outlining in notebooks. I really spend as long as I can sketching everything out and working on the structure before I sit down to type out scenes. Just the way I work, definitely not necessarily the best way. At some point in the process I’ll go to Staples and get really excited and buy notecards and sharpies, and lay them all out or put them on the wall. It’s a nice way to procrastinate for an afternoon but inevitable they just end up sitting there for the next month, and I don’t really use them. I find notebooks much easier to work in fluidly.”

Luc Besson on the differences between making movies for the US and European markets:

“It’s not so much about the two regions, it’s more about two families. One is the business, the another one is the artist. US and Europe have the same problem, these two families have to work together, understand each other, but most of the time one is trying to take the power over the other one. That’s the most challenging balance to find.