Home Articles Blogs 6 Camera Movements When to Use Them

6 camera movements and when to use them 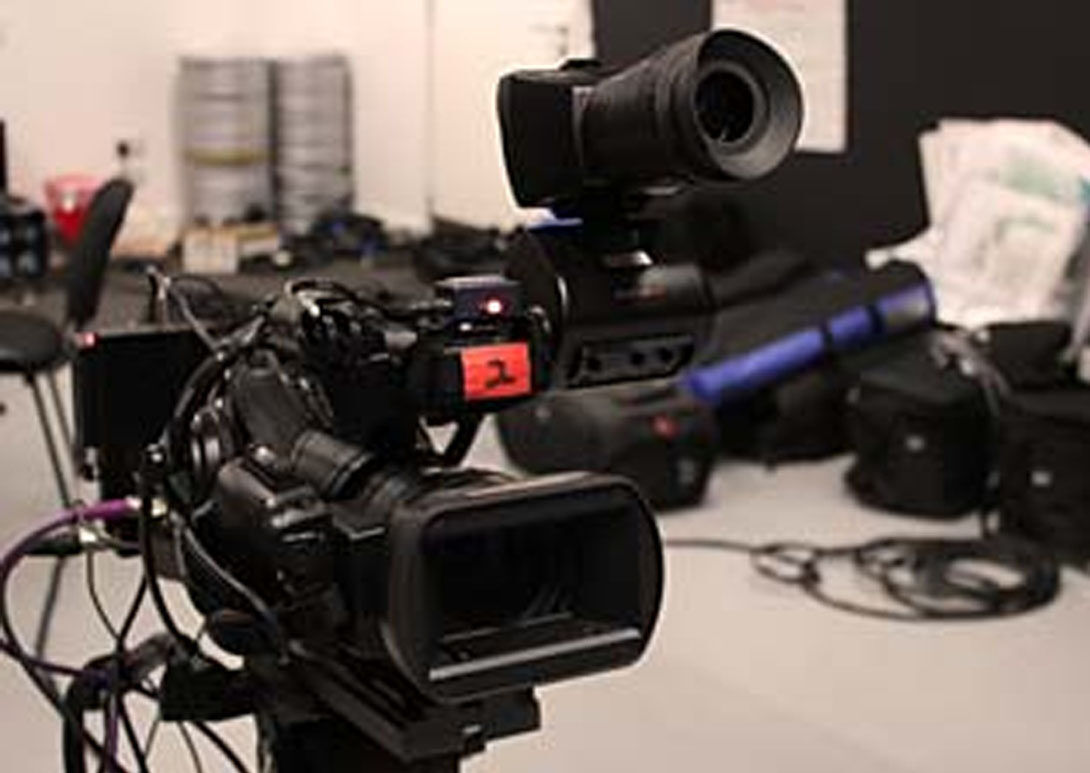 There are a great number of quotes from which we can begin today’s article. So many relate to what cinema is, what it isn’t, what it should be…each one more thought provoking and beguiling than the previous. Yet with today’s topic in mind, we feel the following is simple enough to get the point across, and it comes from one of cinema’s finest.

Cinema is a matter of what’s in the frame and what’s out.

The great man sums it up nicely there, in puerile and easy to follow terms, for dullards like us in his presence; figure out what is important, and frame accordingly.

Camera movement then, is an extension of this notion. An idea that once you have framed the intended in the right way, the movement will only add to the emotion. Simple enough, no? No. Moving that camera is one of the more challenging elements you’ll face as a filmmaker. The risk of ruining a take increases by multiples once your camera is moving. For example, you’ll now have to worry about lighting more space, focus pulling, sound, actors knowing their movement and lines at once, the smoothness of shot (unless you’re Paul Greengrass)…it becomes a choreography. It always was, but now it’s an drifting ensemble, and it’s time consuming. Yet crucially, should it be achieved, and rehearsed and executed with good reason – there are few finer things to behold in cinema.

Therefore with that in mind, behold 7 examples of where camera movement has been used in film why it was used, and how you might be able to utilise it yourself.

Tarantino will show up on our list again below, but we kick off with his use of the crash-zoom. A twist of lens, and we snap forwards or backwards, abruptly, before settling on our target. It’s quite an old film technique, but like all classic facets of cinema, Tarantino has attempted to make it cool again (Wes Anderson is also an exponent of this technique every now and again, and Edgar Wright uses them healthily in tool-up sequences and the like). It’s used mostly to shock, reveal a piece of action suddenly, or as a reveal. The only slight issue is that it looks nothing like real life.

A tracking shot is art imitating life, mimicry enough of the everyday. Yet a crash-zoom is absolutely not, therefore be careful where you use it. If you’re conveying the stillness of real life, or even action that takes place in as real world as possible, the crash-zoom might be antiquated cinema overload for your audience. If you are however, creating a film that benefits from its loftiness and pomposity, fill your boots, Quentin-style.

A far more credible technique, is the slow-zoom or push-in, utilised by all and sundry. A technique that builds drama, tension and suspense, it’s one of cinemas most versatile tools. Done with a lens, in post, by steadicam or dolly, the push-in turns a wide into a mid-shot, taking us closer to the action. It turns a mid-shot into a close-up, revealing a character’s intention as we drift ever nearer. The examples above represent Tarantino’s use in heavily dramatic scenes, befitting of the great man. The other example is more subtle, and comes from Guy Ritchie’s ‘Snatch’.

The clip sees ‘Bullet-Tooth’ Tony (Vinnie Jones) repelling 3 would-be assassins, by revealing information he knows, that they don’t. Watch carefully, as we get closer and closer to Tony, as he spells trouble for the gunmen. Watch the starting position of the camera and watch where it finishes. Simple, but effective. Edgar Wright owes much to Ritchie – watching this film and Shaun of the Dead afterwards, reveal some fascinating parallels. Use this to reveal something one character knows that the other doesn’t, or to reveal, for example, a trap door to the audience, that they didn’t know about before.

We’re huge fans of floppy-haired Pegg collaborator, Edgar Wright. His style is so unique that you’d be hard pushed to find another director with a style quite like his. From Spaced, right though to Scott Pilgrim, he’s carved a career all of his own making. One thing he’s made his own is the whip-pan. Absolutely, it was of course in use long before his time, but he uses it in such a way that he makes the mundane become exciting. He’s also great at using it to transition between periods of time and as a bridge between scenes. If you’re creating a sequence where a character needs to get ready, is in a rush, or you wanna to show the passing of time in a dynamic and comical way – consider the whip-pan. Just make sure your camera operator has a steady hand!

There are a plethora of examples of the long tracking shot. Plenty. So many that you’d hard pressed to find a modern film that didn’t have one. Quite simply put, it is a camera moving between points A and B following action, or revealing scenery.

An example that we have to highlight however, is Steve McQueen’s use of this shot in ‘Shame’. Michael Fassbender’s character goes for a jog in New York, but by letting the camera simply roll and roam and follow, we get a unique snapshot of this man, in this city, at this time. We get this in a way that we wouldn’t have gotten it were it chopped up in the edit and shot from multiple angles. It’s a great resource to use to show a particular stretch of road or scenery, especially if you only have a short amount of time to shoot, or other angles are complicated. Another great example to look out for is in David Fincher’s Se7en, right at the beginning of the film, where Mills and Somerset (Pitt and Freeman) have just met, and are walking down the pavement together. Gritty, urban, realistic – we follow them. Verisimilitude at its best.

Nobody does handheld camera movement quite like Paul Greengrass. The British director has turned it into an art form. Considering the success of the middle two Bourne films, who are we to argue. At first, you watch it with confusion. Is it supposed to be that wobbly? Has he forgotten to stabilise the footage? For Greengrass, he’s created a unique way to bring the audience into the world he’s created. He’s broken a rule of cinema, slightly, and given short shrift to the rules of framing.

So frantic at times is the movement, that you’re scarcely aware of what’s in the frame, but just like real life, just like an action scene would be, you’d get glimpses and morsels of information, before the whole affair is over. For the low budget filmmaker, filming action sequences in this way should absolutely be attempted. Watch the latter two Damon-Bourne films and see how Greengrass portrays fight sequences. So close, so intimate, you almost feel like you’re in the room with them.

We’ll keep this last one brief, and it’s slightly different the above suggestions. With this simple use of camera movement and set design, the director has turned a camera movement into a plot point. He’s made it more than just a moving camera, capturing the scene, he’s turned the camera into a tool that both deceives us and then enlightens us. This superb scene from Breaking Bad is a reminder that you should always be pushing the boundaries of creativity and seeing where combined forces on a film set can lead you. Get the set builders or location scouts to talk to the DOP and director. They might just come up with something as remarkable as this clip.

What’s interesting to note, is the argument for using camera movement, (see above) versus the argument against. David Finisher is arguably the greatest living director of the last 20 years. The same case can be argued for others, but his name is not out of place in that quarrel, and he is a a director that rarely moves the camera. He will pan and tilt on the tripod, and will use a track/dolly too, but rarely will he employ steadicams or cranes like his contemporaries.

The same can be said for one of cinema’s greats, Yasujiro Ozu. A man who rarely touched the camera, if ever, he was known for letting the actors do the work, to go about their roles and to fill the scene as he had laid it out. We’re on the fence, as powerful emotions can be drawn from both school of thought. Yet it’s always worth watching as many films as you can, in order to see what you think works and to make notes on camera movements you’d like to try in your next film!

To discover how you can learn more about cinematography and launch a career in film making, download a prospectus today to find out what MetFilm School can offer you.