MetFilm Production’s The Reason I Jump nominated for three BIFAs 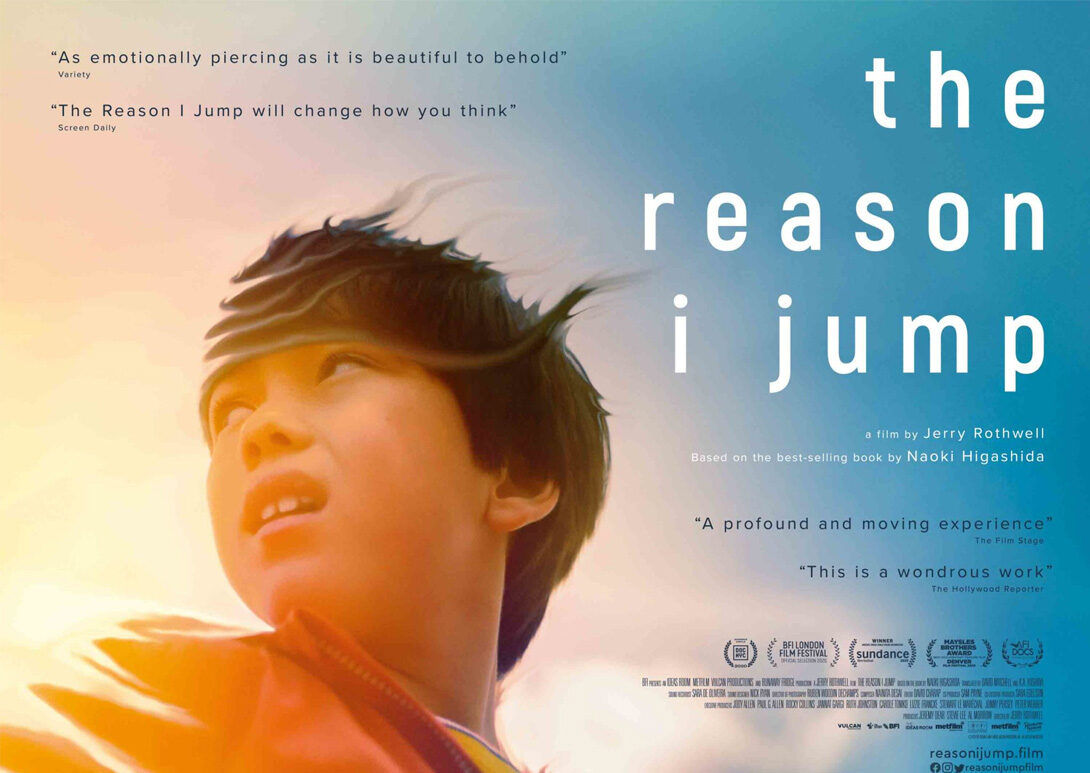 Our in-house production company – MetFilm Production – have reason to celebrate this week after their latest release, The Reason I Jump, was nominated in three categories at this year’s British Independent Film Awards (BIFA) for: Best Documentary, Best Music and Best Sound.

The BIFA nominations are a continuation of the film’s worldwide acclaim. So far, the documentary has won the ‘Audience Award: World Cinema Documentary’ at Sundance Film Festival, as well as receiving IDA Documentary Awards nominations for Best Picture and Best Director. US audiences will be able to catch the film in select theatres and virtually from 8 Jan 2021, with Picturehouse Entertainment releasing in the UK later in 2021. Watch the brand new trailer at the bottom of this post.

Nineteen MetFilm School students and graduates worked on The Reason I Jump, across various stages of the film’s production. One key area was post production, with nine former students supporting the film’s editing process.

MA Post Production Course Leader, Michael McHugh, explains: “It’s been an incredible experience for the editing students to work closely with such a talented director. For them it was a true test of their training; testing their organisational skills, ability to communicate clearly and deliver technically accurate edits to a set deadline. Real-world experiences such as this, are invaluable for students seeking a career in the field of post production.”

“Imagine that you notice every sound that’s made around you, all the time…”

The Reason I Jump is a feature-documentary based on a book written by a 12-year-old, non-verbal, autistic Japanese boy named Naoki Higashida. Through innovative sound design, the film aims to emulate what Naoki describes as a daily experience of sensory overload. To achieve this, Jerry and sound designer Nick Ryan created a 360 Atmos mix of the film, enabling the specific placement of sounds in an Atmos cinema. This helped create sounds that were “authentic to the situations and subjects of the film.” You can read more about the film’s immersive sound in Jerry’s blog here.

Speaking about the film’s success, director Jerry Rothwell said, “We’re really excited that the film is finally on the verge of release and receiving such fantastic recognition in festivals, awards nominations and reviews.  Working so closely with MetFilm School students on the production was really rewarding, not only as an educational experience, but for the production too.”

Reviews of The Reason I Jump

“This is a wondrous work” – The Hollywood Reporter
“As emotionally piercing as it is beautiful to behold” – Variety
“The Reason I Jump will change how you think” –  Screen International
“A profound and moving experience, one that isn’t easy to forget” – The Film Stage
“A sensory, intensely engaging experience, at once eye-opening, informative and deeply affecting” – The Upcoming

The Reason I Jump arrives in select US theatres on the 8 Jan 2021 and will be released in the UK later in 2021.
Find out more about our postgraduate courses here.

Watch the trailer for The Reason I Jump