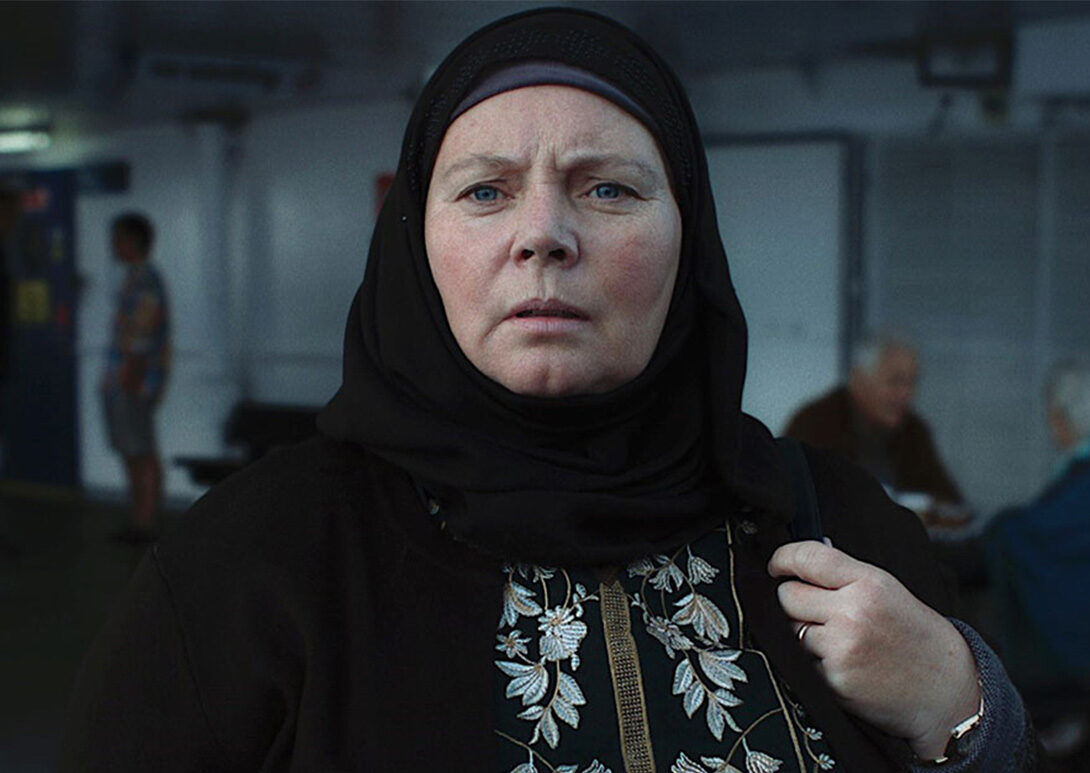 Described by Mark Kermode as a ‘masterclass in the dramatic power of understatement’, After Love, by English-Pakistani director Aleem Khan, tells the story of Mary (Joanna Scanlan) after she discovers that her husband, who has suddenly passed, has been living a secret life across the Channel. Produced by The Bureau, MetFilm School MA Producing graduate Aileen Flanagan worked as a Production Coordinator on the four-time BAFTA-nominated film (which won Best Leading Actress for Scanlan!). We caught up with Aileen to talk more about the experience, and to learn her advice for aspiring producers.

What was your experience of filming After Love?

I worked in-house at the production company, rather than being with the production team, which means I mainly focused on the post production and delivery. I had first read the script back in 2015 or 2016 – either when I joined the company as a Producer’s Assistant, or when I had an internship with them before that. It was amazing to see the development process of writer and director Aleem Khan and producer Matthieu de Braconier as they went through the script, to then see what the final shooting script became, all the way through to the decisions they made in the edit and in the final film itself. We shot After Love in 2019, and finished post production during lockdown of 2020, which seems like such a long time ago now!

How do you approach shooting at world-famous locations (such as the White Cliffs of Dover)?

Shooting on the cliffs, the locations and production teams organised and work closely with The National Trust. Filming from the ferry posed logistical challenges, since you are at the mercy of the weather conditions and the approved ferry routes! You can’t quickly circle back to get the shot. What if it’s cloudy that day? That sort of thing. Preparation is key so that you don’t get caught out. Again, we worked with the ferry company to agree and to plan as much in advance.

You’ve spoken about enjoying The Souvenir Part II, another British film dealing with grief. Are there any other themes or trends you’re excited about?

I don’t know about trends, for me I’m always excited about great performances and stories, wherever they may come from. Joachim Trier’s The Worst Person in the World has just had its UK release soon, which I highly recommend, and I’m excited to see Drive My Car – but neither of these are British film! There is also Harry Wootliff’s upcoming True Things, although I’m biased, since that’s a production I worked on.

Watch the trailer for Henry Wootliff’s True Things, produced by The Bureau, where Aileen Flanagan works!

The Bureau has worked on some amazing films – what do you think makes a successful production company?

The company has built strong relationships with incredible talent for over 20 years, and has always strived to entertain audiences with stories that are distinctive, emotional, and thought provoking. Their dedication to telling the incredible stories that audiences connect with and how they collaborate with filmmakers has always stood out to me – that’s successful.

How did MetFilm School prepare you for the industry?

It gives you such a safe environment to learn all the aspects of the industry, and to explore what making something creative with a team will be like before you go out into the real world and do it on a bigger scale. If I could go back and do it again, I would work on as many shorts, ads, group projects, as I could… even more than I already did!

Can you give any advice to aspiring filmmakers?

If you’re looking to get into production, look at ScreenSkills Trainee Scheme (2022-23 is now open to applicants). They are a fantastic way to start an on-set career in film or HETV, and to learn from the department you want to be in. In the meantime, try to make as much as you can with your fellow film students. Each shoot, even if it’s just a one-day project, will come with challenges and things that worked really well, and you can learn from these to take them forward to the next project.

Watch the trailer for After Love, available to watch now on BFI Player!