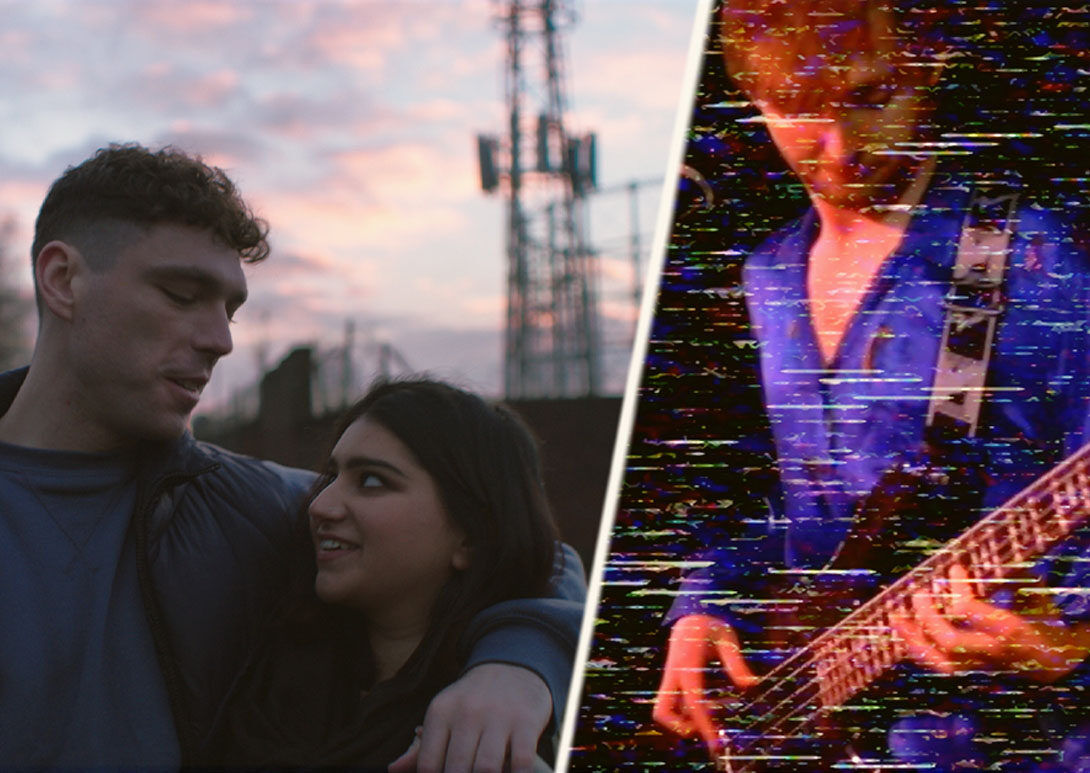 When our students leave the School, they end up in various corners of the creative industries – from producing to post production. But it’s also not uncommon for serendipity to strike and for their paths to cross in the outside world. Such was the case this month when graduation films from BA Practical Filmmaking alumni Theo Jessel and Emily Hagan were both selected for the IndieFlicks Film Festival in Manchester.

Despite only completing his degree in October this year, Theo’s short Sylvette: A Vignette quickly found its way into the programme of the UK’s multi-city film festival. While looking more closely at the line-up though, he recognized the name of 2018 graduate Emily Hagan, whose fiction short Bee was screening as the Director’s Choice pick.

“I thought that given that they only select 10 films in total, two films from MetFilm School students was quite extraordinary!”, explained Theo. “It was great discussing Emily’s film with some local Mancunians who complimented its authenticity. What a beautiful film – it was well-received!”

Bee tells the story of a young Muslim woman, Nadia, and a white working-class boy, Bradley, who form an intimate bond in the shadow of the Manchester Arena bombing in 2017.  It’s a redemptive and heartfelt piece, set against a cold and honest view of the city that you won’t find on Google images.

“After doing my BA for two years and having had the opportunity to explore with different genres and styles of storytelling, I wanted my graduation film to establish my identity as a filmmaker”, explained Emily. “The script is very personal to me in terms of the story and themes and I really wanted to make something that felt authentic and that delved deeply into the tangle of thoughts and emotions of the main character, Nadia.”

Beyond writing and directing her own short films, Emily has been busy creating branded content as a videographer and is also currently in production on Sky Atlantic TV series, Tin Star. Follow her work here.

Theo’s 7-minute film, which has also been selected for IndieFlicks Film Festival, is a different piece entirely; an exuberant snapshot of the eponymous band embarking on a UK tour in February of this year. This fly-on-the-wall documentary largely favours a rough and ready DIY aesthetic which is fitting of the five-piece’s style, but elevates it through the use of animation and some playful, synchronized editing courtesy of fellow BA student, James Allen.

Talking about their initial indecision on how to piece together the footage, Theo described the breakthrough being when they decided to use the band’s music as the ‘structural linchpin’ for the film. He elaborates, “there are six distinctly different songs in the film, and yet they flow naturally from one to another like a condensed album. This structure ended up being very freeing and everything fell into place.” You can watch the full film below.

All students on our BA Practical Filmmaking develop a range of work including short-form, factual, episodic and long-form productions, before finally creating a graduation project in a medium of their choice. Watch more of our award-winning alumni films, and download a prospectus today.