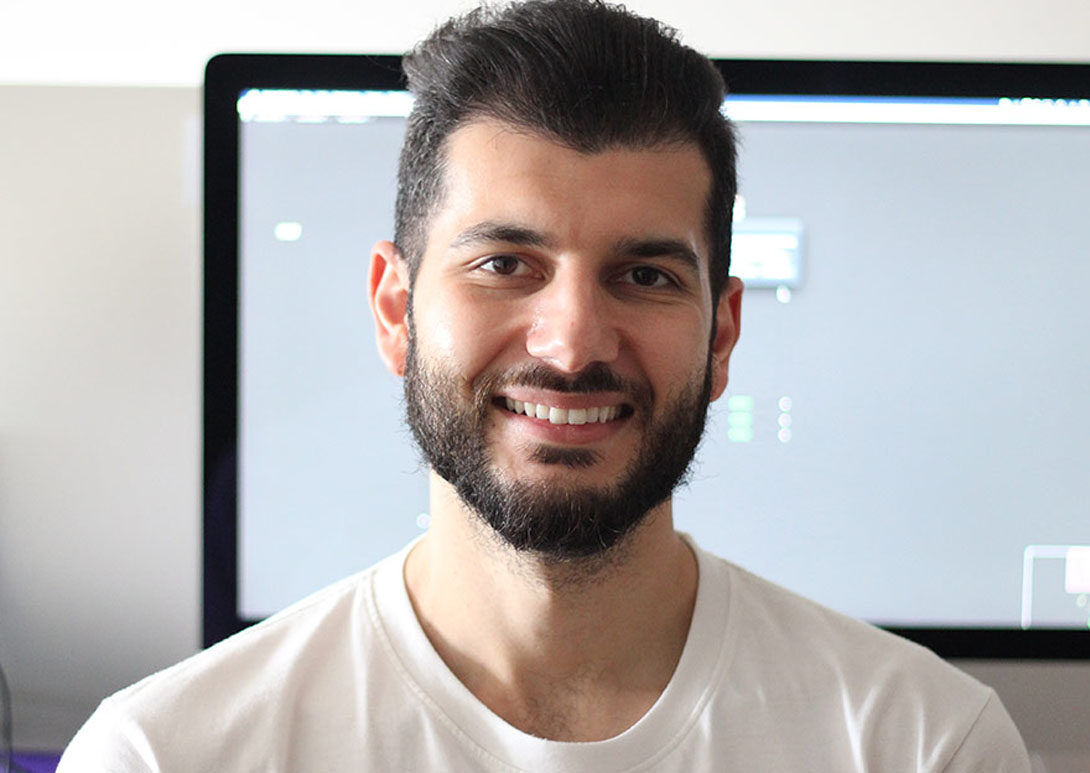 Working on productions such as 1917, Last Night in Soho, Judy and Alex Garland’s sci-fi series, Devs, is part of Yusuf Hasan, Six-Month Digital Animation & VFX alumni’s eight years of building a career in the visual effects industry, working as a rotoscope artist and, more recently, a digital compositor for both television and Film. He has worked with leading companies such as Cheap Shot, Paramount Pictures and Peerless VFX.

In this interview, we speak with Yusuf about what his role entails, his proudest achievement, and the qualities needed to advance in the VFX industries…

What inspired you to study digital animation over other areas of filmmaking?

To be honest I kind of fell into it. I wasn’t interested in other courses after school so I studied Multimedia, which was a bit of everything, but all modern and relevant. As I got a taste of everything, the tech side just came easier to me than the more arty side of filmmaking. Like most people my age, I grew up with technology, so understanding and manipulating software always seemed straightforward.

How much experience did you have of the craft before starting the course at MetFilm School?

I had my degree in Multimedia from Dublin City University but it was very academic. Don’t get me wrong: I loved university and my thesis was a short film with a fully CG character, but I thought I needed more practical experience. I followed a few beginner tutorials but certainly wasn’t able to begin working! University helped me know what rules to follow and why, but I didn’t have the hours of experience yet.

Why did you decide to then go down the film school route?

I think you get so much more out of your time having someone who has worked in the industry for years in the room with you. It saves you spending hours Googling how to turn off a button you pressed by accident! I think an apprenticeship is a better way of looking at it than a school; skills are learnt much faster when someone shows you and then you repeat them in a real situation.

For those who don’t know, how would you describe the role of a compositor?

A compositor sticks everything together. You need to put the actor over the background, the explosion behind the actor and the robot in front. It’s a lot more sticking together elements in a believable way than it is creating something from scratch like a concept artist or a 3D modeller. The vast majority of VFX is invisible. You wouldn’t believe how much is done digitally because of cost, time and convenience. Nuke is the main software in film and TV but people use others for motion graphics and other things.

What does a typical day for you look like for you?

Whether I’m working remotely or in the office, it’s not that different. I will be assigned shots and the brief could be anything from cutting two shots together to making an actor look like a monster using 2D effects. It varies greatly from job to job. Once it’s done, it gets reviewed and then I send higher-res versions to be put into the edit. Then there’s lots more technical and file type stuff in between! I work in-house quite often, which I prefer as you can have more direct interaction with a client. The more experience I have, the more I’m left to my own devices to just plug into a podcast and get the work done.

You’ve worked on some massive projects over recent years, from 1917 to Last Night in Soho – what has been your proudest achievement to date?

I think one cool thing was 1917 won the Oscar for Best Visual Effects; it was great to be a part of that. Before I got into the industry I assumed working on a huge film would involve exciting action shots, but to be honest there’s so much work needed for them they tend to be broken up a lot between departments. You’re more a cog in a machine on those huge shots so getting the recognition such as an Oscar for an overall work feels nice.

Are there certain skills and qualities you feel are important to have in your industry?

Selling yourself. Not in an annoying elevator pitch kind of way, but if you want to move into a new area, be willing to ask for it or find somewhere new to do it. It can become easy to get comfortable doing the same thing in the same place out of fear of change, but that can cause you to stagnate professionally and financially. Unless you’ve got particularly brilliant bosses, which thankfully I do have! Also, it’s good to not be overly precious with your work. My job isn’t to create what I think looks best but what the client wants. Sometimes they don’t align so don’t take it personally if they have a different idea.

Lastly, if you could go back 10 years and give yourself some advice, what would it be?

Be patient. You won’t walk in day one and comp the end scene of Avengers. Things take time. Find a few people in the industry to contact on LinkedIn and ask them what their day-to-day is! People are incredibly helpful if you just reach out and message them.

Interested in a career in visual effects? Check out another interview with fellow Digital Animation alumni, Chris McKenna (Head of Technical Animation at MPC).