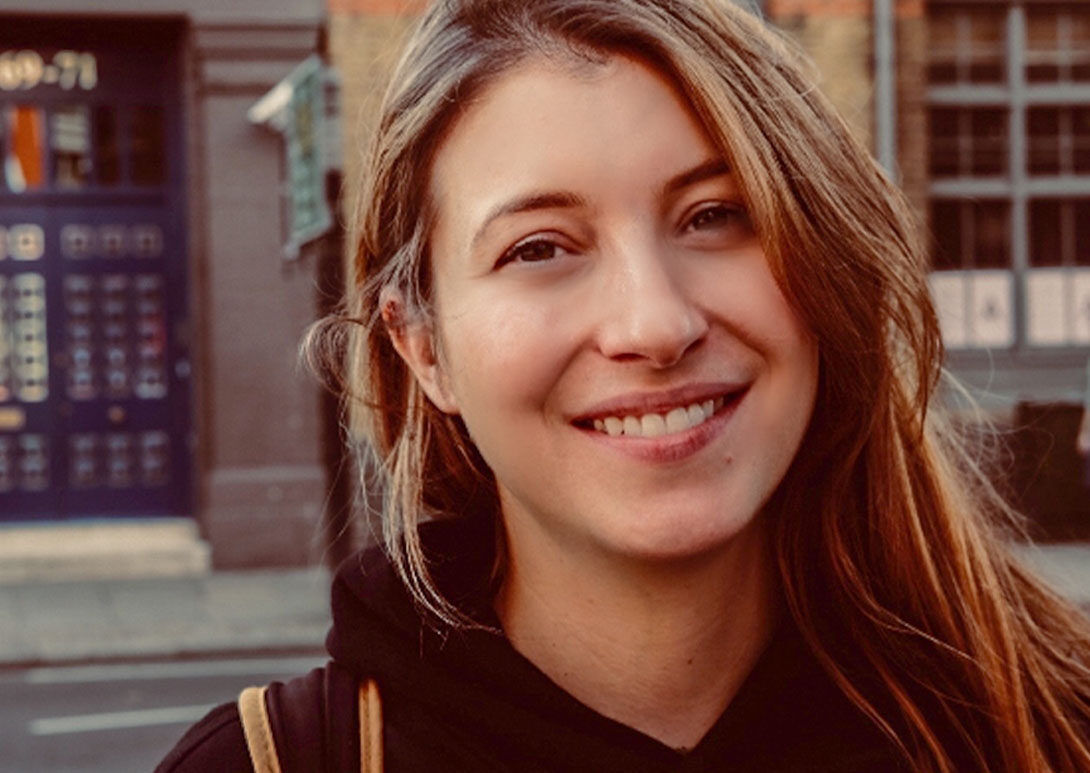 After recently completing the web-series module with our first ever Film & Television Production students, Fran imparts some brilliant advice on working in the industry, how to overcome writer’s block, and ‘freewriting’.

Was writing a vocation for you? Or did you get into it through other means?

It must have been a vocation as it’s such an all-consuming and often unrelentingly difficult and challenging, yet wonderful, profession. The highs are high – the lows are low – but a huge part of screenwriting is how you deal with rejection. I think of it as collecting no’s. It means you’re one closer to a yes and it’s all the more deserved when it comes. Nothing in filmmaking is easy.

Practically speaking though, the turning point for me came with getting into film school. That transformed my writing from something I was doing around the day job, into a genuine career prospect. It gave me the focus and training to know what would be expected at a professional level.

Your award-winning short film was turned into a children’s book. Writing for a much younger audience is very different to film & TV. How do you approach these different processes?

Writing children’s books came as a wonderful surprise after Miss Todd, my graduation animation film, made with animator and co-writer Kristina Yee, won the Student Oscar. It toured America and a publisher watched it and thought – this is too beautiful not to be retold as a book.

The story of the first female aeronautical engineer required some reworking for the page. It was originally a musical but our message – celebrating an incredible but forgotten woman from history who dared to dream – still sang off the page.

Do you have any good tips for overcoming writer’s block and finding inspiration?

I love freewriting. I open a blank page in Word, set a stopwatch for 5 or 10 minutes depending on how long I have and challenge myself to write different exercises.

One of my favourite playwright’s Simon Stephen’s advocates the following exercise. You start every line with ‘I remember…’ then freewrite. This forces you to jump back into your hard drive of memories to see what emotions, themes and transitional moments in your life return on the page.

When I finish a memory, I start a new line with ‘I remember…’ and keep going again until the time is up. The idea of freewriting is that you aren’t allowed to go back and edit, you just have to keep writing. It’s so liberating.

This is one of the most forward-facing modules at the School. We discuss the success of talents like Issa Rae and the women behind Broad City. We analyse and then recreate how they made their stories accessible to an audience to launch both their shows and careers.

In an industry that suffers from a lack of opportunity for all – the web opens itself up – especially to those who are less represented on screen. You write it, you shoot it and you put it out there for people to see and respond to. It’s one of the most exciting, innovative and immediate narrative forms available.

What has been so rewarding for me as module leader is watching the challenges these students have faced and how they have grown through overcoming them. They have the potential to make both friendships and working relationships that will endure long outside of their MA course.

Any words of wisdom for upcoming scriptwriters?

Read scripts! It’s free and one of the best ways to keep your writing muscles working. Scriptslug.com is a great website for both film and TV. Have your analytical brain switched on and work out why something was so effective – or why something didn’t work? Often I read the script first and then watch the film, thinking about the script to screen process.

Become an expert in the genre you are writing. Watch all the classics and those that sank – again to figure out what works and what doesn’t and why. Find people who share your passion; a director and producer who could make your vision come to life. It doesn’t have to be an award-winning film first time, just jump in and have a go, see the process through.

Finish things, don’t give up when it gets hard, force yourself to complete the process. Set yourself deadlines and targets. In those early years, you have to be your own boss. Write a short in a month… Write a feature in six months… treat it as seriously as a second job.

And lastly, realise that it is a marathon and not a sprint. It may take years to get your writing on screen professionally, so find a really fulfilling (preferably creative) second job, as you’ll be in this for the long run. Persistence, tenacity and talent are all equally vital ingredients that have to go into the mix in order to succeed.

Fran is currently working with Sharon Horgan and her production company Merman Productions on TV Series Meet Me in Ten Years and in the early stages of writing a four-part TV thriller which tackles austerity and mental health.

Apply to the MA Film & Television Production for March 2020.