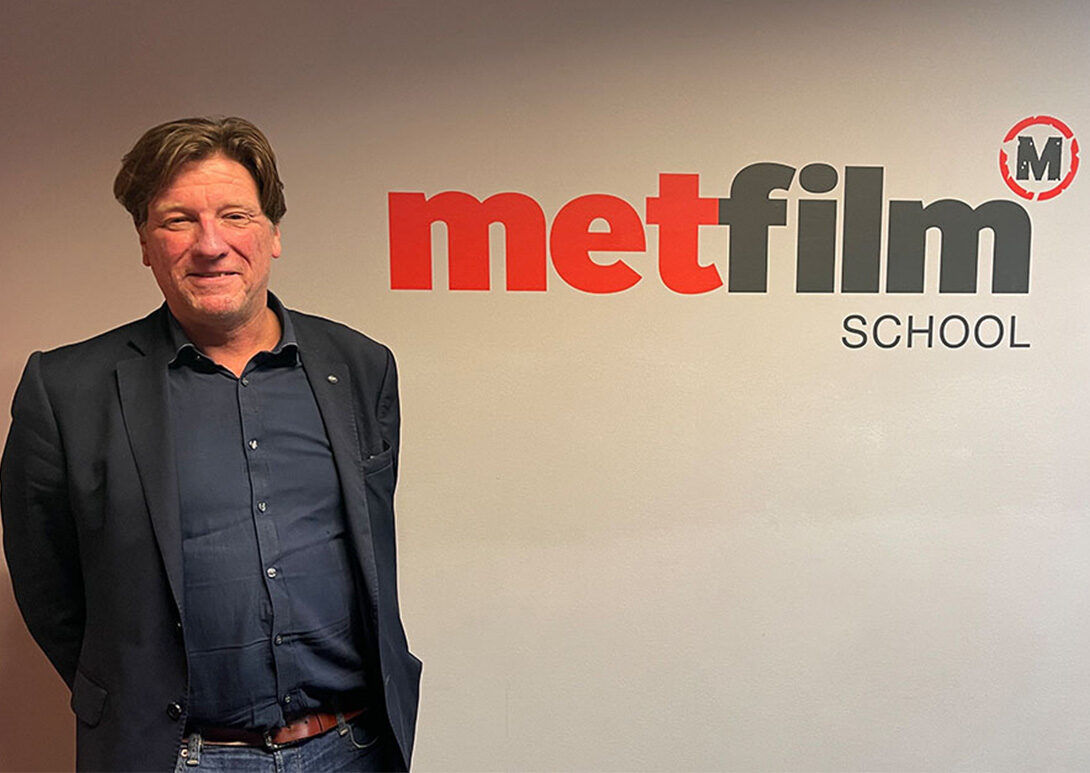 As we prepare to welcome our first cohort of students to MetFilm School Leeds, we are excited to introduce our new Principal for our Prime Studios campus, Dr. Paul Gormley. Previously the Assistant Dean of the University of East London, Paul brings with him an enormous wealth of experience, both in education, and in his love for film. ‘We are thrilled to welcome Paul to the MetFilm School community,’ MetFilm School Director Jonny Persey said of the appointment. ‘He brings with him a passion for film, a love of Yorkshire, and a thorough pedigree in higher education, all of which add perfectly to the mix. Together, we’re excited about building a new campus and student experience which reflects these values.’ Paul spoke to us about why he knew this was the perfect opportunity for him, how he sees the screen industries in Leeds developing over the coming years, and of course, what makes film so special to him.

‘I have admired MetFilm School for some time,’ Paul shared. ‘Its practical approach to teaching is unique – content is at the centre of everything.’ ‘As a student, you might be on a screen acting course, or a course on screenwriting or post production; whatever specialist higher education you’re choosing, screen content will be at the heart.’ Paul continued, ‘The School’s approach to collaboration and understanding each other’s roles in creating content is what sets MetFilm School apart from other film schools. I think this has been the secret to its success, reputation, and continued growth.’

Film and television in Yorkshire

Paul is no stranger to Yorkshire. In fact, he completed his BA in English Literature at the University of Sheffield, and his MA in Cultural Studies at the University of Leeds. ‘There’s a sort of poetry in me returning to this area,’ Paul commented on his new office location. ‘Leeds is exactly the right city for MetFilm School. It’s become a cultural hub, and I believe that the screen industry can only benefit from being dispersed out of London and across the UK’s regions.’ ‘What we are offering is unique in the North. Our BA Acting for Screen has been incredibly popular, as has our BA Content, Media and Film Production, and both of these undergraduate courses are state-funded degrees. We are also offering industry focused postgraduate courses, with three MAs in Directing, Cinematography, and Screenwriting.’

An industry in demand

These courses go hand in hand with the growing status of Leeds as a hub of activity for the film and screen industries – and in particular, for newer media types, such as streaming services. ‘We are working in one of the fastest growing industry sectors in the UK. The growth of streaming services from Amazon, YouTube, Disney, and Netflix, has generated an appetite for high-quality content like never before seen, and this has created a demand for technical professionals across the screen industry – from directors, to cinematographers, screenwriters, editors, VFX creators, and more.’ How can you get a foot in the industry? Paul sums it up: ‘Graduating film school is probably the best way to secure graduate level employment right off the bat.’

‘Film has played an enormous part in my life. The power of film to confront difficult issues, to encourage different political thinking and to challenge viewpoints, as well as inform and entertain is, I believe, beyond compare.’ Paul shared some of his formative experiences of film, speaking about watching Quentin Tarantino’s Reservoir Dogs for the first time: ‘The audience was ethnically diverse, and there is strong, racist language at the beginning of the film. As a white liberal youth, I was feeling uncomfortable, until I watched the audience members. Their reaction to the story and how it was portrayed – I think that was a pivotal moment for me.’ This experience went on to influence Paul’s first book, New Brutality Film – Race and Affect in Contemporary Hollywood Cinema, and years later, Tarantino remains for him a central figure in film. In fact, when he applied for this Principal position, Paul was in the process of completing his latest book, Everything You Wanted to Know About Film Theory But Were Afraid to Ask Tarantino.

A final word from Paul: ‘I’m excited to see and be part of MetFilm School Leeds, to watch it flourish, to see its first graduates begin their careers, and to be a part of that, as well as every aspect of the School’s operation.’