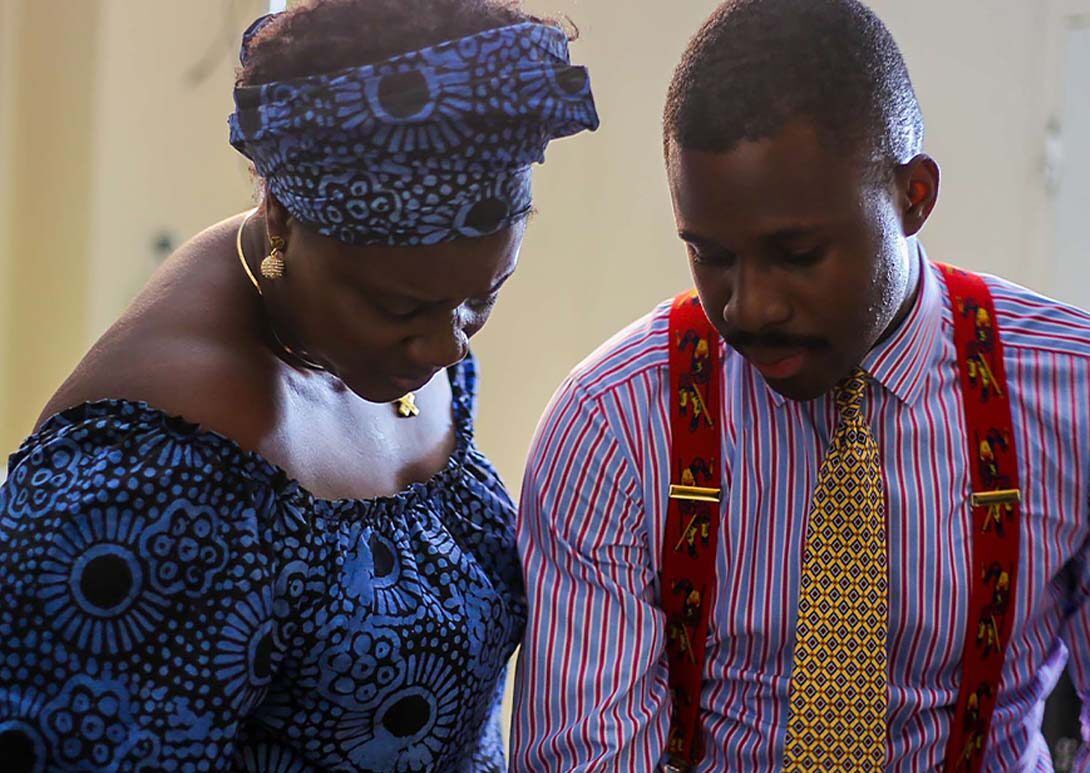 Tomisin Adepeju, a film director from Catford, will get his first taste of the limelight himself when his breakthrough short film Appreciation is shown at the London Film Festival – twice.

The plot for Appreciation (2019) is about an African Pentecostal pastor who questions everything she believes after a life-changing event, has already bagged him a contract with Hollywood talent agency Creative Artists Agency (CAA).

The 26-year-old has already been shooting a full feature-length movie for his big-screen debut film, using locations he knows well from his upbringing in Catford.

The director had eight similarly short films to his name before being signed by CAA, whose other clients include Jennifer Anniston, Cate Blanchett, Tom Cruise, Tom Hanks, George Clooney, Morgan Freeman and Daniel Craig, and the top-grossing stars of 2018, Chris Hemsworth and Chris Evans.

Directors in the stable include Steven Spielberg, Martin Scorsese and James Cameron.

The feature is based on his 2018 short film The Good Son, which Tomisin made while studying the MA Directing at MetFilm School in Ealing.

“The film draws on my own experiences,” he said. “The protagonist is trying to work out who he is. He is African to his family but he is a black British guy.

“I came to London when I was 12 and I did not know what I was. It affected my life, my work and my family. But his experiences are not mine. But all these things have been a part of my life. Lots of families do not want their children to mingle. It is fun to have friends who are not Nigerian – but marrying one of them seems to be different. We had many tribes in Nigeria, but there are rules about not marrying into other ones.

‘The short has been shown in 80 festivals, including in France, Spain and the USA, and everyone has reacted in a very emotional way because the issues affect everyone in different cultures.”

He began writing his feature at the beginning of this year. “It is not easy to expand the story to 95 minutes,” he said. “You have almost to use a whole different language. They don’t really teach this skill at film school – so it is a great challenge. There will be a lot more characters. You have to make incidents clearer and escalate the action.

“Being with CAA makes it more exciting. I have been making shorts for 10 years, but it is nice to know someone at that level can see them and say I have got something. Everything I have done up to now has been self-funded – it has been a seven-year struggle. Appreciation was made with £7,000 of my own money – my savings. CAA can give me a platform to say more. And they can find the resources for me to expand. It is down to me to justify their faith in me.

Tomisin wants to make his full-length feature for less than £1million – which is one of the reasons he is making the movie close to home.

“I have seen lots of films set in Peckham and Brixton but not Lewisham,” he said. “Catford has become a new home for us – there are lots of Nigerians in the area. I want to show how diverse and full of culture it is – because you see a lot of other nationalities, too. But it has rarely been seen on film – and I want to capture that. Everything I need in my script is in Catford. It is not gentrified yet, compared to other areas, though it is changing slowly, like the rest of Lewisham. It still feels very much to me like it did when I came here 14 years ago.”

Tomisin, a former pupil of Shooters Hill sixth form college in Red Lion Lane, did odd jobs such as West End cinema ushering and working on theatre stage doors to raise money for his earlier shorts – including at the Broadway Theatre in Catford.

“The hours are flexible and I saved every penny I earned,” he said. “And my parents helped me with funding them, too, which was incredible.”

He sees himself as part of a wave of black film-makers emerging.

“It has been brewing a long time,’ he said. “It is a very exciting time to be a black artist. There is so much support for it, more than there was even a few years ago. We are being given the materials to have our voice. I want to tell stories about my own experiences. There is a long way to go – it is not perfect – but there are glimpses of real change. The BFI has schemes but there are 500 film-makers going for each opportunity. If I had gone for one of them, I would have waited a long time. I was lucky – film school gave me knowledge, contacts, insight and exposure – and put me with people who could make films with me.’

Watch the trailer for Appreciation by Tomisin Adepeju