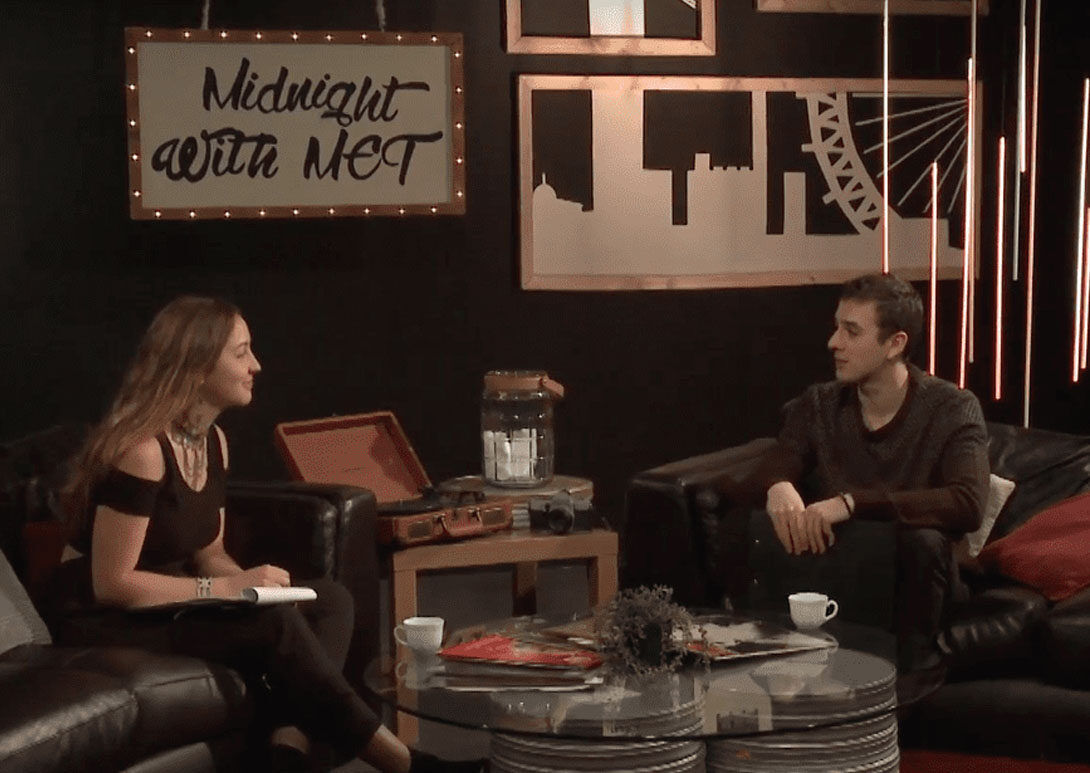 In the final working days before Christmas break 2015, we were invited to watch the conclusion of the Multi-Camera Production element of our Crafting Narratives module, a staple of our BA (Hons) Practical Filmmaking course. The aim of this teaching is to introduce multi-camera filming, lighting, sound and vision-mixing concepts for live and as-live productions, while at the same time giving our students experience of various studio floor roles, with a view to preparing them for work in the industry.

What is Midnight with Met?

Midnight with Met is a three episode magazine show made entirely by our students over a six-week duration. Each hour long installment features a combination of live chat & interviews, interspersed with pre-recorded entertainment segments. To make things even more interesting, the show adopts a postmodern format; with the hosts and crew appearing on camera to discuss the intricacies of the production and “how things are going”. The result is unique and self-aware – pushing students to discuss what they’ve learnt within a highly pressured environment. 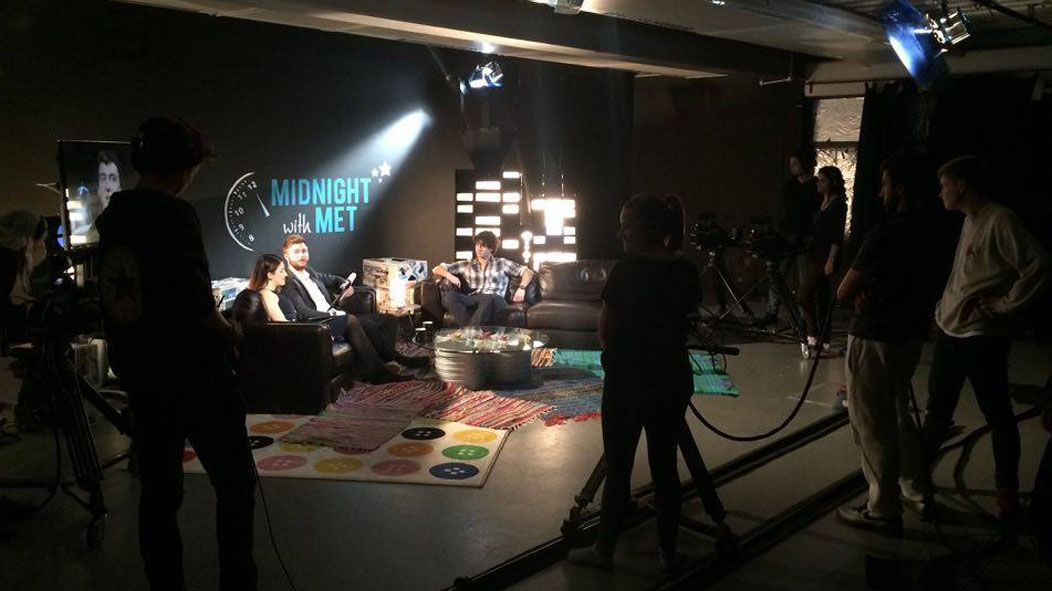 The amount achieved within such a short space of time is staggering; something Element Leader Chris Bould reiterated in stressing that the show was “all written, all shot, all built and all finished within these six-weeks”. In the first episode alone – which you can watch below – we are introduced to the first two episodes of six-part comedy sitcom ‘Hamster‘, two live music performances and one stand-up comedy act. It’s also important to highlight that all featured actors and performers were selected by the students themselves, from outside the school, through their own research and casting sessions.

Early on in the episode the show’s hosts, Evan Wells & Antonina Blazanovic, discuss how frantic things probably are at that moment in the studio gallery. Judging by the palpable and infectious energy we saw during our behind the scenes sit-in, we can definitely see the humour and truth in this moment.

However, what the talking point equally highlights is the awareness all the students have of each other’s roles; an imperative attribute in managing a tightly orchestrated piece of ‘live’ television. The students rotate through the key roles throughout the course, including producing segments, being part of the sitcom’s ‘writer’s room’, sound mixing, camera operating and directing the live show- there’s a variety of roles to try.

This spring, Midnight with Met returns for a second season, this time led by the second half of our BAF14 cohort. The format remains the same, but to make it their own, the show returns with entirely new content, noticeable immediately through the set design’s shift from cool and classy blue to warm and earthy red. Season two also stars its own presenters, Gabriela Chavez and Alex Beauty.

Working under the supervision and brief set by our Head of Television, Chris Bould, the students again independently sourced young comedy talent for their Laughter Hours segment, exciting live music performers, as well as actors for the newly created six-part sitcom Bert & Leonard. The latter, described as a “comically sweet story of a racist, sexist and homophobic cancer patient and his Jamaican nurse“, takes somber subject matter and expands it into a well paced and heartwarming tale with progressive ideological intentions. The narrative’s mixing of such opposing emotions works terrifically and, despite focussing on a man’s twilight years, the series manages to confidently match the risqué and youth-appealing tone of Series 1’s Hamster. 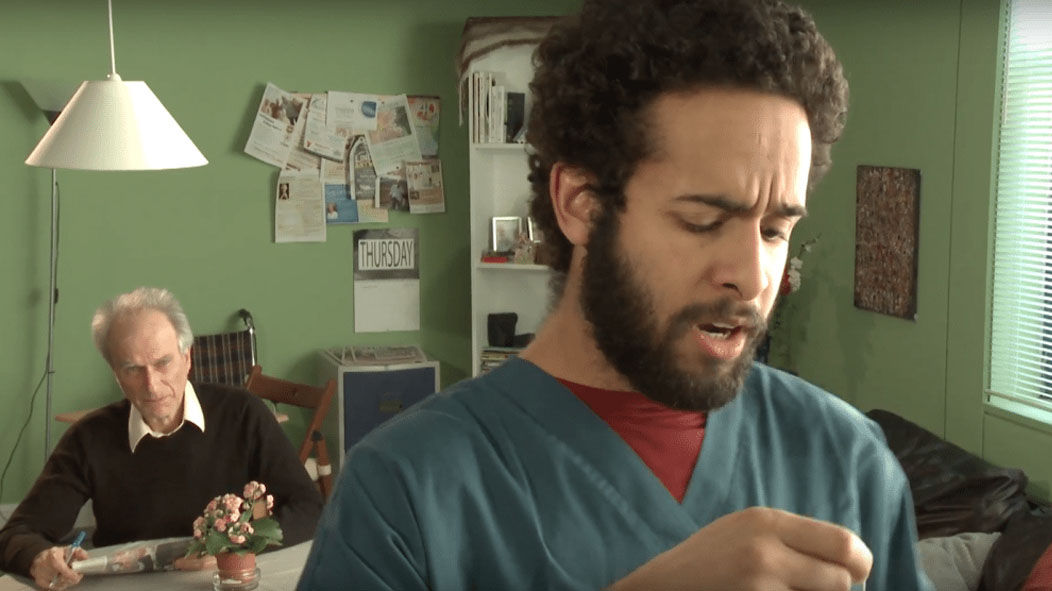 Through watching all three episodes, it is possible to get an understanding of how the students rotate through essential key roles throughout the course, including producing segments, being part of the sitcom’s ‘writer’s room’, sound mixing, camera operating and directing the live show. The project truly is a team effort.

You can now watch Episode 2 and Episode 3 of Midnight at Met through the MetFilm School YouTube channel.

We even have a Midnight at Met playlist that features all episodes from both series.

Watch the very first episode of Midnight with Met on YouTube now!