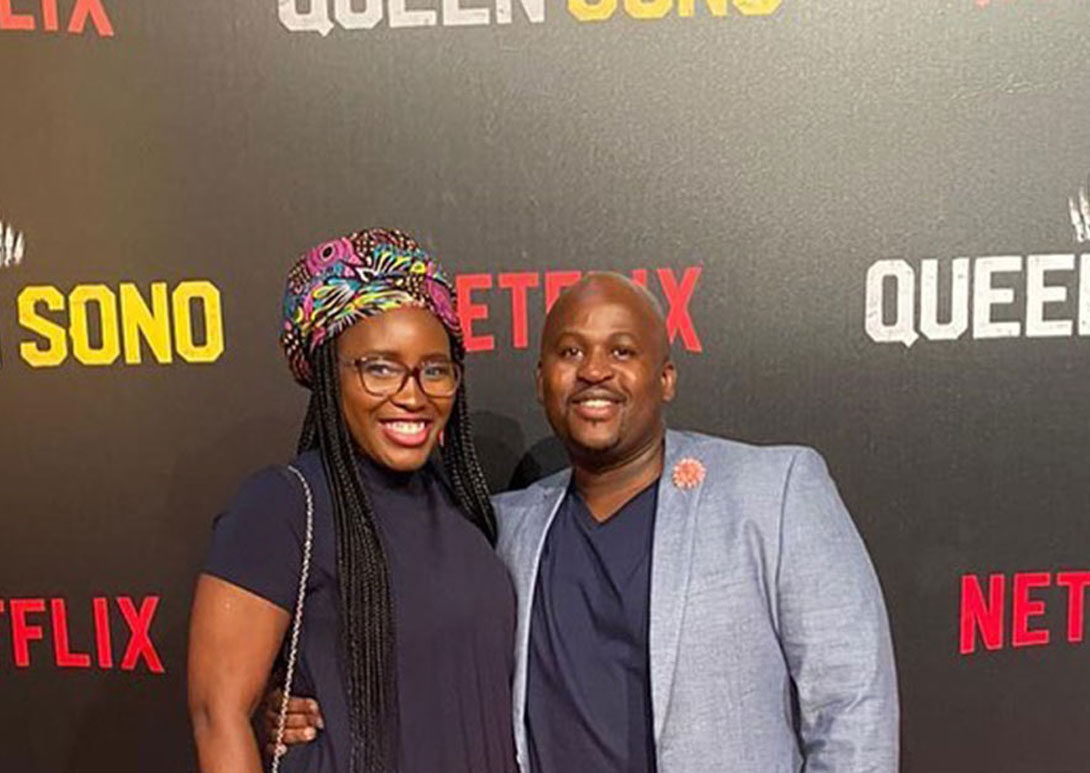 Speaking about the landmark series: “I think that the African screen industry is on the cusp of something big, there’s such buzz and we have the ability to tell our stories on large platforms. Stories that haven’t been told before.”

His work on the show’s riveting first episode sees undercover agent Queen Sono (Pearl Thusi) forced into action on the busy streets of Zanzibar after her team’s plan to obtain important data is foiled. Featuring a swaggering soundtrack, building suspense and sun-soaked scenery, it looked like an absolute joy to work on.

A former music graduate from Durban, South Africa, Khulekani originally joined the School back in 2014 after receiving the annual Voices That Matter Scholarship (now open to female applicants on the BA and MA degrees at our London and Berlin campuses).

Looking back on his arrival in London, Khulekani explained, “I didn’t realise until I got to the School that it was the home of the world-famous Ealing Studios. I met people from all over, from China, Argentina – all were completely focused on making films.”

Khulekani’s Scholarship application was supported by a proven passion for the creative industries. After first using the Internet to teach himself some basics, he was quickly dabbling with filming weddings and other functions. His first taste of success came from shooting and editing friend Ndaba ka Ngwane’s debut feature Uhlanga (‘The Mark’). Uhlanga was critically acclaimed – it won five awards at the International Zanzibar Film Festival including, Best Feature Film, and Best Cinematography at the Africa Movie Academy Awards.

“The success of Uhlanga (The Mark’) gave me the confidence to apply and I was so happy when I heard that I’d won the scholarship, I could never have gone to the school without it -The Voices That Matter Scholarship was a life-changer for me.

After graduating, Khulekani went back to Johannesburg to carve out a future for himself in the African film industry. He said: “I did everything I could to get on film sets, I did all sorts of jobs – I didn’t mind being a runner. I just wanted to be close to the industry.

Khulekani studied our previously run One-Year Cinematography (Cert HE) course. While this particular course is no longer offered, it is most akin to our BA (Hons) Practical Filmmaking.

Entries are now open for the 2020 Voices That Matter Scholarship – Women in the Screen Industries, in association with MTV Staying Alive. Open to female applicants only, for more information please visit the page here.