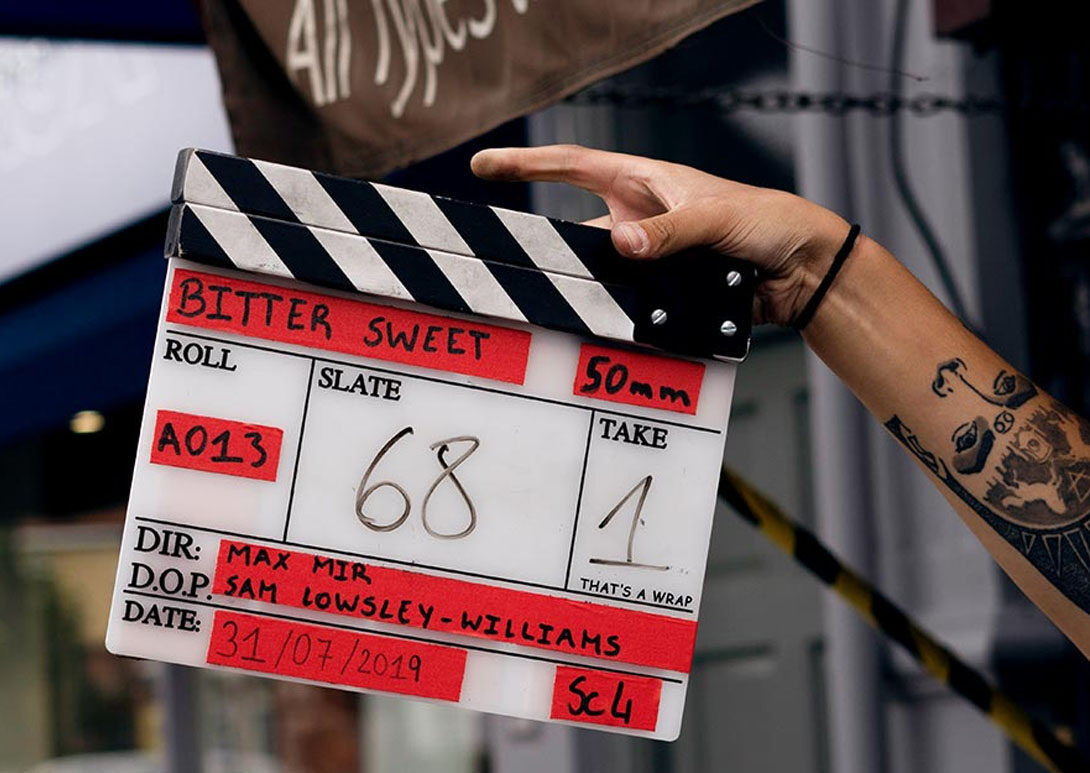 In a year where our ability to socialise has been restricted, stories that celebrate human connection and kindness are much needed. One short film that delivers this is Bittersweet – BA Practical Filmmaking alumni Max Mir’s 2019 graduation film, which is available to view online from tomorrow, Fri 27 Nov, via Filmin – one of Europe’s largest streaming services.

Bittersweet tells the story of London baker, Benedict (Steve Watts), who is grieving the passing of his wife and a declining business. Overcome with sadness, he decides to take his own life, but is serendipitously interrupted by a persistent child named Johnas (Riley Kerr) who’s insistent on being baked a cake.

Speaking about its selection, NFFTY programmer, Jessica Stossel, said: “I instantly fell in love with both characters and the ups and downs of their dramedy. Max Mir so eloquently combined serious conflict with a light-hearted front to give us something sweet and salty.”

Mastering the tone of a ‘dramedy’ can be notoriously difficult – how did you decide on this style of film and in what order did things come together?

Myself and screenwriter Lorenzo Fedon were really clear on what the film needed to feel like. We wanted to embrace the unusual situation but didn’t want to go with a single dark and dramatic tone, so a dramedy was how we chose to accomplish this. The development of the style really started when I came across the 2014 film St. Vincent,  which embodied our idea perfectly and became a main reference point for the film. Many of our team watched it and I recall taping printed stills from the film to our office walls. They acted as a reminder of what we were trying to do and really helped to collaborate with our cinematographer, Sam Lowsley-Williams, who is a master at taking in stimuli from references. 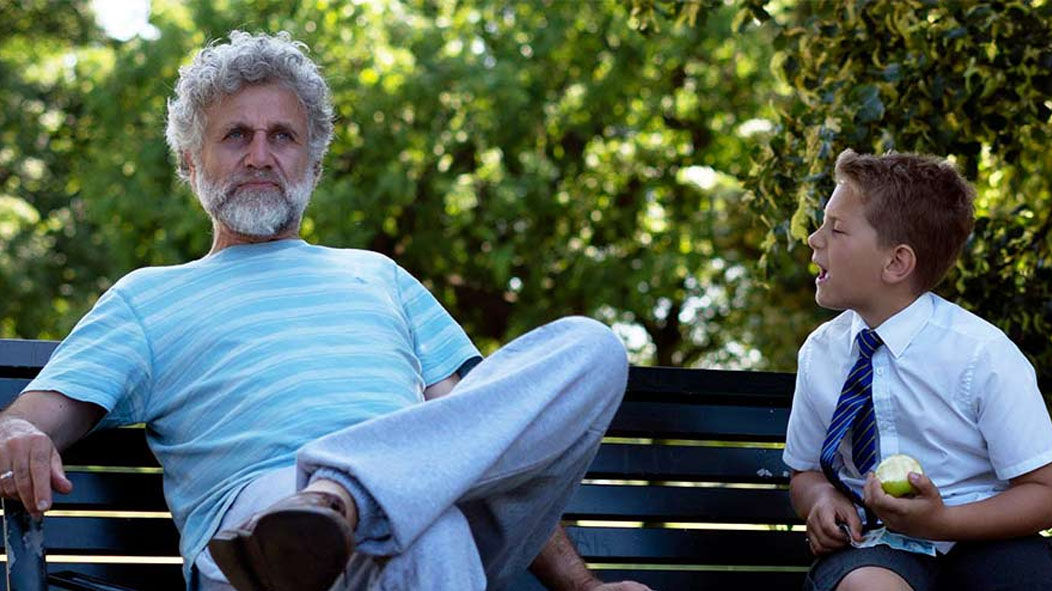 What do you think makes the film unique?

I like how Bittersweet tricks the audience. It initially presents itself as a dark and gloomy film, before suddenly breaking that tone to surprise the viewer with a much lighter, welcoming mood. When watching the first few seconds of the film, the viewer would probably think ‘oh no, another slow, dramatic film’, so it was fun to change expectations. It’s an instant attention-grabber. We also wanted to take a fresh point of view with the theme of mental health by not treating it tragically. The film makes you reflect on these themes instead of making you feel down.

The piece of music used throughout gives the film real personality –  what can you tell us about this part of the production?

Something I appreciated from the films we used as a reference is the music, which is so important to establish tone. I told our composer, Jofre Bardagí, that we needed ‘clumsy music’, and luckily he understood me perfectly. We spoke a lot about the soundtrack’s structure and its motifs before he started working on a rough draft. I knew we needed a melody that ascended and descended constantly, almost as if it was tiptoeing a tightrope. When we added his piece in post, everything just clicked. That, with the added percussion, became the ingredients for the perfect bittersweet melody. The darkness of our film is contrasted by the soundtrack – that is our secret.

Was there particular tutor advice that ended up being useful in making Bittersweet?

I met many times with Becky Knapp, a true wonder of a tutor. She helped us with the organization and some complicated decision-making, which made more difference than you can imagine. She really fought for the film. Additionally, Jon Gilbert (BA Practical Filmmaking Programme Leader) was fundamental to the success of the film, as he had to withstand 10 or 12 drafts and gave us really valuable feedback. I think Jon might’ve seen five different versions of Bittersweet before getting to the final one. We’re really grateful. 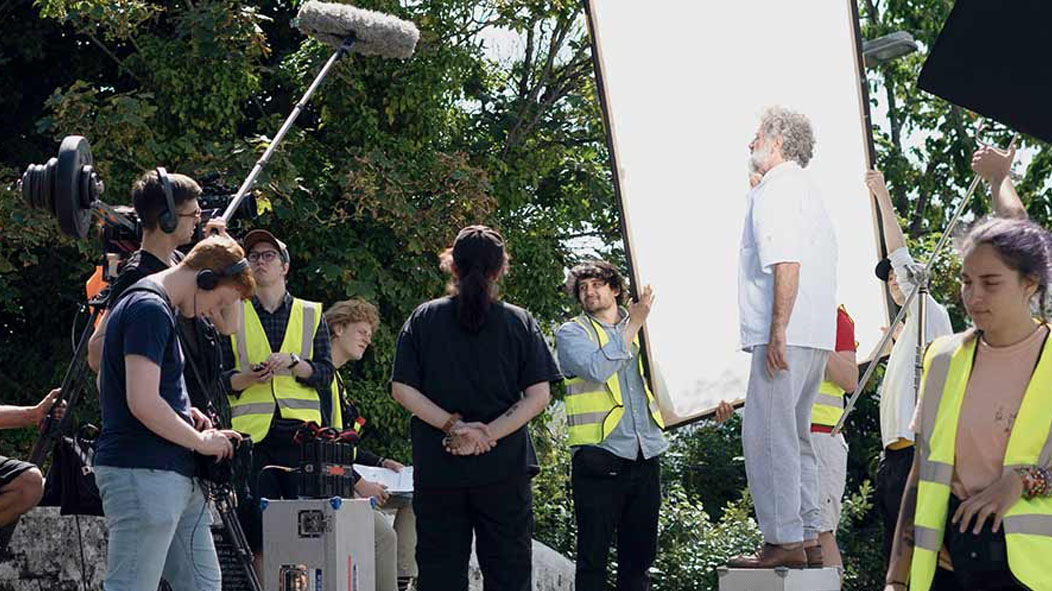 What advice would you give to other filmmakers about promoting and sharing their own short films?

Don’t be shy! If you’re not on the festival circuit, share everywhere you can. We just gained distribution via FILMIN by contacting them and lucky they liked the film. Send many emails and don’t worry; if they’re not interested they won’t reply.  Look for Facebook groups, online forums and even contact small YouTubers/websites to review your film.

What key learnings from the production will you be taking forward?

I learned many things from the making of the film, but as a director, my first one would be to rehearse! You always think you’ve done enough but you probably haven’t. In this particular film, we rehearsed many times and spoke quite a lot about the characters with the actors. Also, leaving a bit of time before each sequence to do line reads helps a lot. And finally, remember that the DIT (Digital Imaging Technician) and Video Assist are your friends. Talk to them and watch your takes as much as you want. Mine were really helpful and we managed to fix many little issues in time!

Bittersweet was Max Mir’s graduation film, made by a crew of students on our BA Practical Filmmaking. It is  available to watch from Fri 27 Nov via Filmin here.

Watch the trailer for Bittersweet