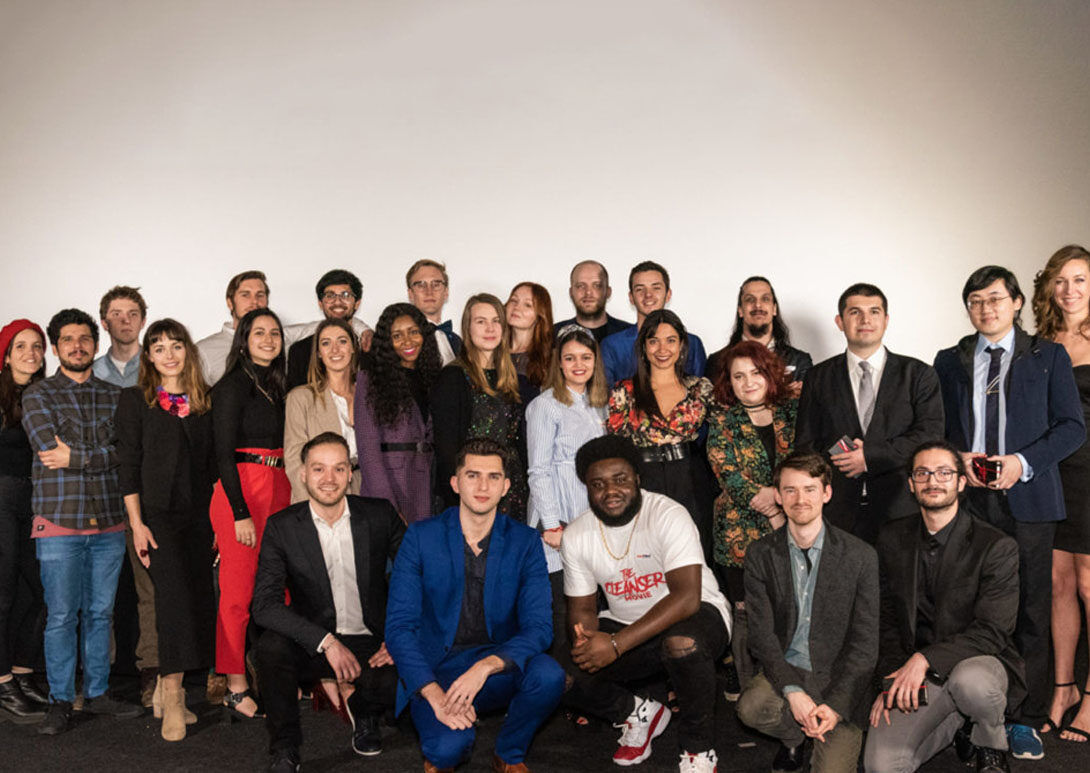 Mathew continued working as a Producer on the fast-paced thriller, which he describes as focusing on his home country’s institutional corruption, murder and kidnappings and fragile economy. Speaking in an interview with the BBC this week, Mathew explained, “I’m not here to make comedy, I’m not here to give you something you can laugh about. I’m here to educate you. I feel like that’s the kind of story I want to keep telling throughout my lifetime. Right now I’m pushing for Netflix to buy it, so hopefully, Netflix will see it and fall in love with it because I know I’ve done tremendously well on it.”

The Nigerian film industry is now the second-largest in the world, nestled between India’s Bollywood and the USA’s Hollywood – it produces over 1000 movies a year, generates over $600m a year and employs more than one million people. Born in Nigeria, Mathew moved to Manchester with his family in 2005. He was just 12 years old and it was quite a culture shock at the time for Mathew, now 28.

Academically clever, Mathew was bullied for being bright and enthusiastic and it was soon after getting into his first fight that he got into basketball; he thought that if he became stronger and an athlete, he could show that he wasn’t ‘just a nerd’, he wouldn’t be bullied.

“Growing up, I didn’t have any interest in going to university, but I came from a family where you ‘must’ go to university and my parents longed for me to become a medical doctor. I had always been interested in film, acting and music but my parents didn’t agree that these were suitable careers. After leaving school, Mathew went to college and started on a scheme as an ‘NHS Cadet’ without the right grades, this was the best way to get into working in medical care.

During his training, Mathew had several placements: “I was always singing and dancing and performing while on placement – my tutors knew it wasn’t the right environment for me.” He asked the tutors to tell his mother that he wasn’t suited to medical studies at university, so his mum, knowing he was unhappy, decided to make a big change. – they moved back to Nigeria and both his parents supported his dreams to make films.

When I returned to Nigeria, I made two films, it was very exciting – I just wanted to be on set, but the more time I spent on set, the more I thought this isn’t the way to make films… it’s not meant to be like this. Technically I thought that many Nigerian films weren’t great, editing was often poor and sometimes the English and the dialogue was bad – watching them actually gave me a headache. I knew I needed to go to a film school.

The Cleanser was released in January 2021 and tells the story of one man’s quest to eradicate bad, Nigerian politicians, to remove them permanently from office by assassination. I’ve watched the film a few times sitting amongst paying audiences, and I’ve heard many people discussing the film, wondering when ‘Part 2’ is out, or whether there will be a ‘part 2’. It’s an encouraging sign! Mathew Alajogun graduated in 2019; BA Practical Filmmaking – download a prospectus!

Watch the trailer for Mathew’s The Cleanser here!