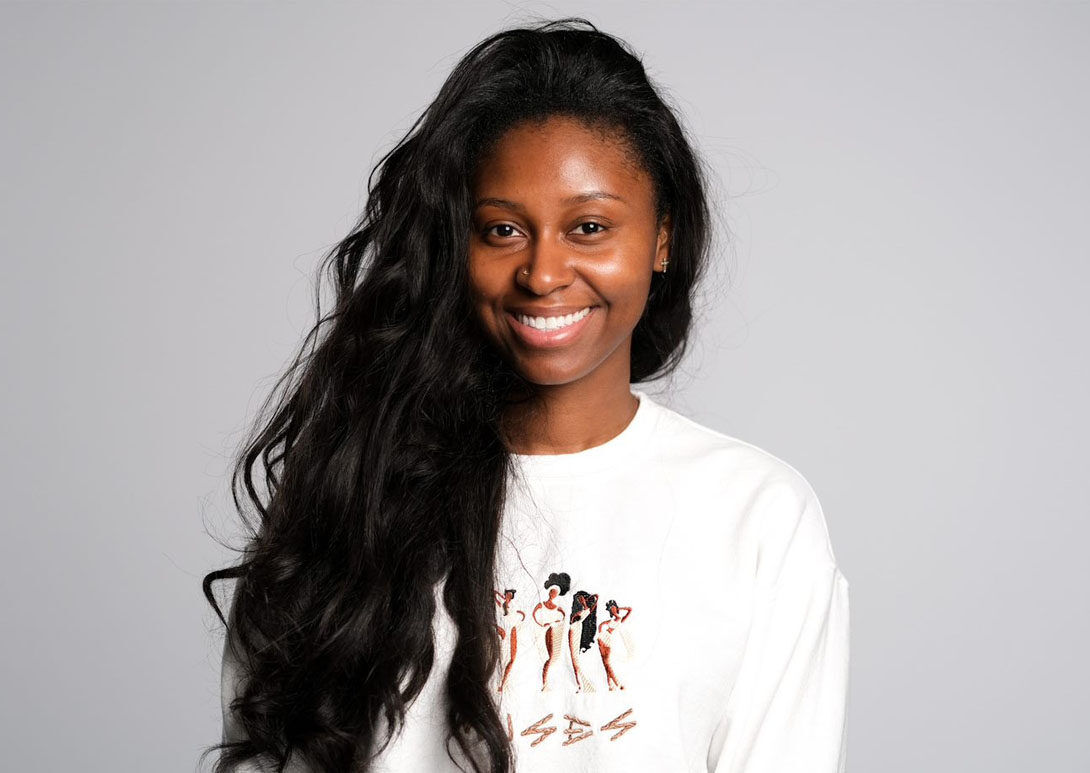 Since completing her MA Post Production degree at MetFilm School London, Serene Adel Allen has been gaining experience as an editor for companies including Universal Music Group and Spirit Media, covering formats ranging from commercial and viral video creation, to narrative work.

When it comes to narrative films, Serene was able to hone her skills on her MetFilm School Graduation Project, At Your Fingertips. Directed by Thanos Pantsos (MA Directing), Serene worked as editor and sound designer on the film, which was an Official Selection for the Nightpiece Film Festival at 2019 Edinburgh Fringe.

At Your Fingertips is a horror/thriller that follows a husband on a video call to his pregnant wife, trying to guide her to safety after their call is interrupted by a ‘strange noise in the house’. In today’s blog, we spoke to Serene about the pressure of editing a horror film, from finding the best way to tell a story, to creating a believable sense of fear for the audience…

When did you know that video editing was the career path for you?

I’ve always been intrigued by how editing can create reactions or stir different emotions from the audience. This led to me studying Media and Film Studies at GCSE and A Level, and during my undergraduate degree, I joined the African-Caribbean Society as Media Coordinator. That’s when I taught myself to edit.

I found real satisfaction in producing videos for members of the Society, experimenting with ways to make them fun and productive, and even winning the ‘Do cool things that matter’ Google video challenge! I found a new love for video editing and knew specifically that it was a career I wanted to pursue.

You’ve worked across multiple formats – do you have a favourite to work with?

My favourite would be narrative. I find it to be the format where you can be the most creative. Working on commercials or viral videos can sometimes be quite creatively limiting as the client can have very specific requirements, branding guidelines, or a call to action that they want to push. Although working on narrative may still be led by the director’s vision, I find that creative suggestions and ideas are more encouraged, and the editor’s opinion is more valued.

You worked as the Editor and Sound Designer on At Your Fingertips – can you share a little about this experience?

I really enjoyed working on this short, and it was really rewarding to watch it all come together. What I remember the most about working on it was the hours it took to refine and really perfect it. It took a lot of dedication and patience to get the best results – I remember staying at MetFilm School for hours after the end of my day, watching things back, over and over again.

A standout memory for me was at the MetFilm School screening of the project, when everybody saw our work for the first time. We had quite a few people come up to us and say that it was their favourite short, or that they felt genuinely scared whilst watching it. Hearing that feedback was great, since it meant we were able to create a successful thriller!

So much of horror and thriller depends on good editing to succeed. How did you approach At Your Fingertips in terms of creating the perfect atmosphere?

A lot of creating the perfect atmosphere was about trial and error. Really taking the time to try all of the different shots we had available, and finding the best combination. One thing that helped me was to never completely rule out a shot. I reviewed the different takes time and time again until the edit was closest to what we wanted, but also communicating the story in the best way.

The official selection trailer from the 2019 Nightpiece Film Festival, which features scenes from At Your Fingertips

What would you say were the most useful skills you learnt during the MA Post Production?

I found the Industry Project to be the most useful module, as it really prepares you for what it’s like to edit in the industry. I learnt what it would be like to work with a creative team, and particularly to work closely with a director and producer. I also learnt how important it is to manage expectations, to ensure that you can give the client what they want, whilst at the same time pushing yourself creatively. This module also taught me the importance of editing with speed when juggling multiple projects at once!

I would like to work more in sound design, since so much of making a good film is influenced by the sound. If the sound quality is poor, or if something doesn’t fit audibly, it can completely take you out of the film, whereas when the sound design is good, it really increases the production value. Similar to how different shots edited together can evoke specific emotions or create reactions, I enjoy that sound can do the same, making the final production even more powerful.

Finally, can you share any films or television shows that keep you inspired or push you to keep growing as an editor?

The Netflix series Ozark has been one of my favourites over the last few years. The series is based around the character Marty Byrde, a financial advisor who drags his family to the Missouri Ozarks, where he is forced to launder money to appease a drug boss. The series does really well at creating a very tense atmosphere through the editing, but also through other components, such as the colour grade and sound design. Overall, I think it’s a great blueprint for what a well thought out series looks like, aided by excellent editing.

Read more about the Emmy-nominated editing in Ozark in this blog!