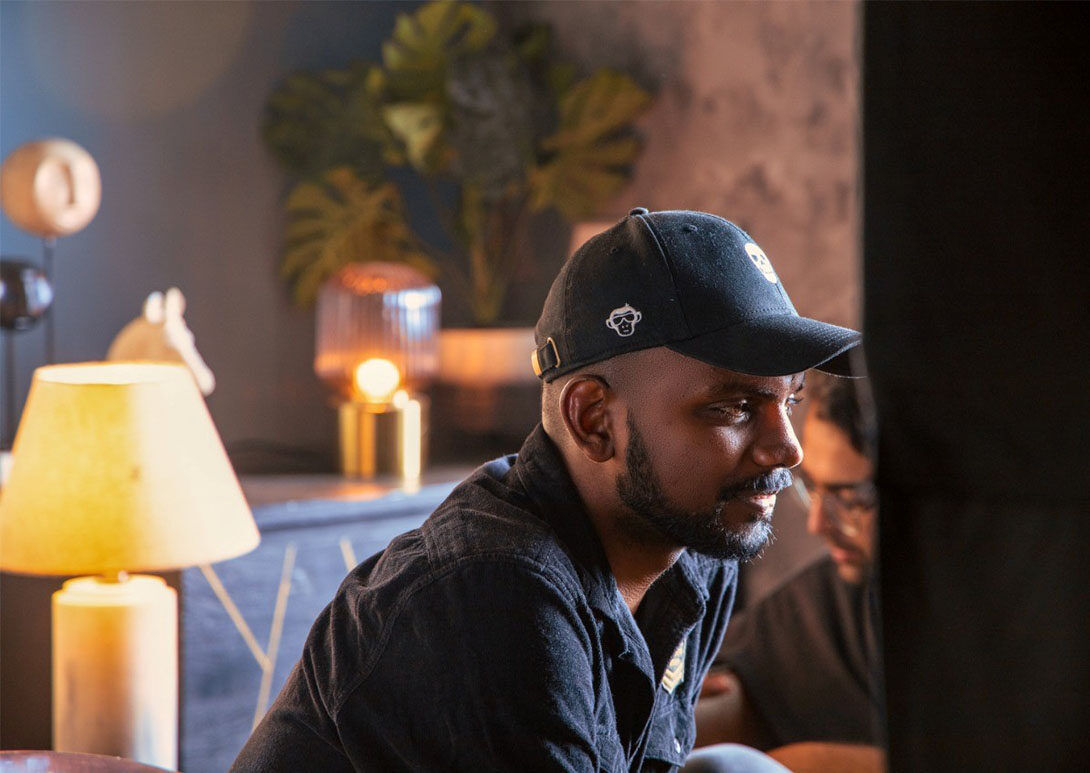 While completing his MA Directing degree at MetFilm School Berlin, Prashant Satyam found his passion in the commercial sector of filmmaking, enjoying the process of telling the story of a product or company in new and unique ways. Since returning to his hometown, Mumbai, India, Prashant has been busy building a strong portfolio, having worked for well-known, reputable brands including Hugo Boss, Cadbury, and Sprite, amongst others.

With each project, he carries his own style of storytelling, carefully balancing visual aesthetics and compelling storytelling, and as with many of our students and graduates from Berlin, he credits a lot of his inspiration and energy for his career to the city. In today’s blog, we spoke more to Prashant about his love for Berlin, as well as his career in the advertising industry, and the brands he would love to work with in the future…

When did you first know that you wanted to be a director – was there ever a ‘lightbulb moment’ for you?

The answer to this goes back a long time, to when I was still an aspiring photographer in high school. That hobby switched seamlessly into videography, and even though I was still very much an amateur, it led me to study mass media for my undergrad. I studied this for the sole reason that it included modules on understanding cinema and filmmaking.

I would say the overwhelming appreciation for my first ever short film led to a strong motivation to pursue filmmaking as a career. Despite the lack of ‘good’ technicalities in that short, I had a story to tell, and it connected with my fellow classmates – that gave me the confidence to dedicate my life to films and filmmaking.

However, my real ‘lightbulb moment’ would have to be when I was in Berlin and began to explore the commercial aspects of filmmaking. That’s when I knew what interested me more. In the current digital age, I realised that good, compelling stories aren’t time or duration-bound, and that you can convey appealing visuals even in a short format such as commercials or branded content. 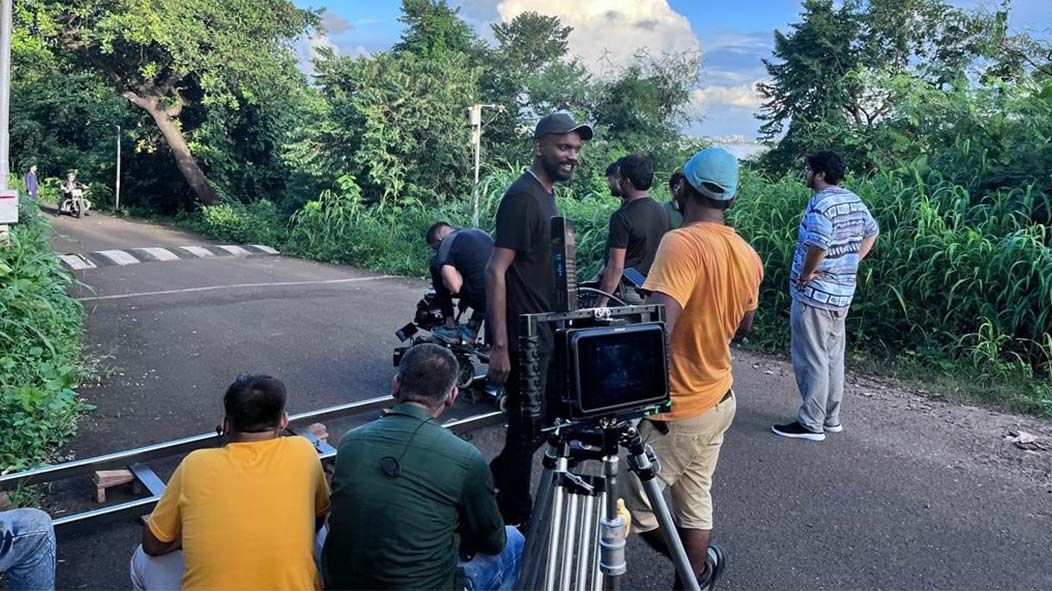 Working in advertising, what makes a ‘good’ advert in your eyes? Can you share any advice for the industry?

I would say that what makes a good advert is one that doesn’t actually feel like an advert. The competition is so high, and the visual styles keep trending – similar to the fashion world. You have to be aware of what exists in the world of adverts, and how you can think outside of the box to create something both meaningful and cool.

Another key thing I’ve realised over time is that the client is the most knowledgeable. They might not always be right, but they do know more about the brand. Earlier in my career, I used to get really emotionally attached to every film I made, and even a suggestion for an omission or replacement of a single shot would ignite a rebellious side in me. I’m still emotionally attached to my films now, but I’ve grown to accept ideas and suggestions, especially from my client.

This has really helped smooth out the process, and has even helped me to become good friends with my clients after the project is done. So, I guess my advice is to know when to pick your battles – I only do that when I know I have strong enough reasoning behind my decision.

You mentioned that you also direct independently. How would you describe your style, or the projects you’re drawn towards?

A director in the advertising sector is always typecast into a segment or two when the producers or agencies are pitching you. I personally have multiple ‘segments’ now, and I’m really grateful about it, but mostly I’ve been working in a space where the film demands a combination of style and performance.

Generally, a director would fall into either of these areas, not both, but I like to create compelling images, while also finding the right performances for the film to connect to the audience. An example of this is a project I did for SleepX, which is a furniture brand in India targeted towards millennials. Besides dealing with quite a challenging market, the big challenge with this project was figuring out how to showcase a ‘slice of life’ in under 25 seconds.

You mention that you’ve been influenced and inspired by Berlin. What would you say is so special about the city for creatives?

Berlin has something for everyone. It’s like an outburst of art in the city, with so many successful creators or filmmakers living in the city, which means you can really find your people. For me, Berlin has also really been a catalyst in my journey. The raw visual style and the culture there helped me to develop a taste that I think is reflected in my films.

Also, being an active participant in events like Berlinale and the Berlin Music Video Awards gave me direct exposure to some mind-blowing content, and to filmmakers I really look up to. In all, the city is just a great mix of a ‘hipster’ and ‘commercial’ mindset, and it means that the city really stands apart in helping you to learn not just about film, but about life generally.

Now that you’re back working in your home city of Mumbai, are there any major differences in how the two cities operate creatively?

One of the biggest differences is the film shooting process, but because I studied my undergraduate in Mumbai, that definitely gave me some first-hand experience about the reality, which meant the switch wasn’t as harsh for me. When I started work, it meant that I was already aware of the work culture differences, and could begin to adapt to it.

Another key difference is the crew size. In India, the population size can be quite intimidating, but also accommodating at the same time. I’ve worked with a crew of around 120-150 people for a single project, which I know, if it had been shot in Germany, would have had a crew of under 50 people. 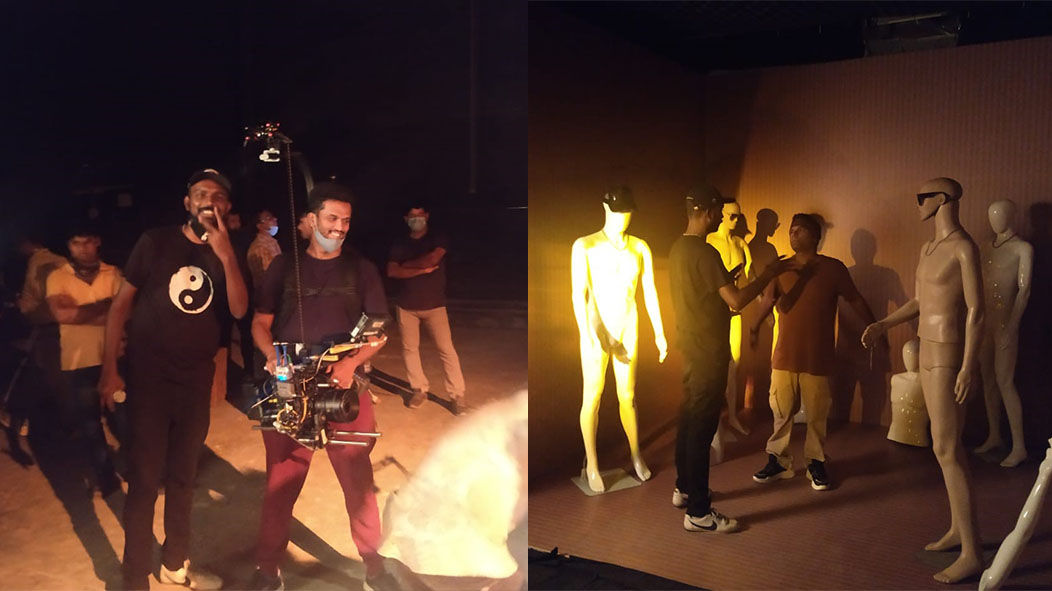 Are there any standout memories or lessons from your time studying in Berlin?

One of the most integral parts of my course was that we were 14 students from 14 different countries. It was truly multicultural learning, and it was so intriguing to understand different perspectives from different cultures, ethnicities, geographical regions – we all had different lenses to view the universal language of cinema.

Apart from massively learning and prospering from the School itself, I give major credit to my fellow classmates, who have been supportive and competitive enough to get the best out of us all. A wide array of doors were opened for me in terms of reference points, and in my exposure to world cinema – I came across films and filmmakers through this journey that I don’t think I would’ve crossed paths with just from Google and IMDb.

Finally, you’ve worked with some huge companies like Hugo Boss and Volkswagen. Are there any dream companies you’d like to work with next?

Honestly, every brand and every project comes with its own challenges and gratifications. I would love to work with brands that have been a massive part of pop culture, and which have set their own trends.

Recently, I happened to direct a Brand Manifesto Campaign film for Mondelez’s Cadbury Silk. In India, I have grown up eating that chocolate, and even went through a period where the name ‘Cadbury’ was equivalent to chocolate for me – plus, their iconic soundtrack has been a common ringtone here. The pressure was immense, but in the end, we had a product that we can all be super proud of.

Another major project that I worked on recently is for Fujifilm’s Instax Films, which is in post production as we speak! Being a user of Fujifilm Cameras and its films, there was a strong emotional quotient while working on the project, and I hope that reflects in the work when it’s released. Saying that, my dream project for a specific brand would be to do something for Nike.