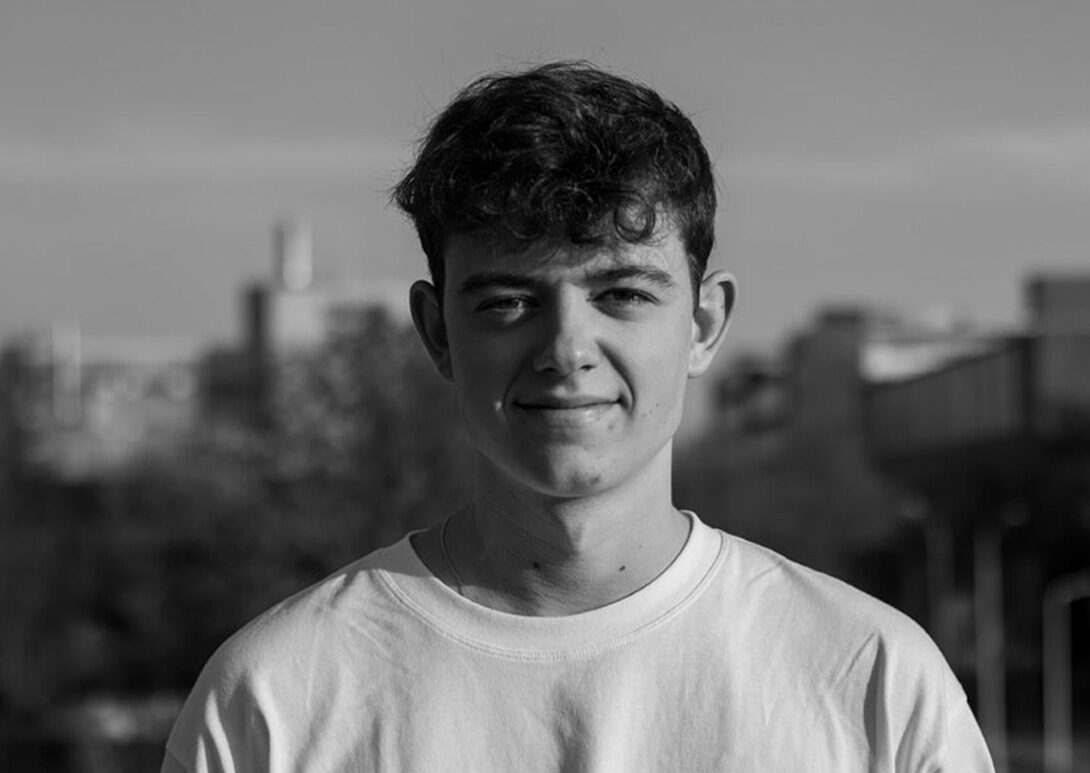 A quick look at Vincent Janssen’s portfolio shows the diverse range of talents and skills that he is developing as a filmmaker. From animation, to dark comedy, to commercial and branded content, Vincent is using his time on his BA Practical Filmmaking course to gain as much experience as possible.

A couple of his most recent projects, in particular London Calling, and a new film he is working on with screenwriter Srdjan Jankovic, demonstrate this creativity and freedom to try new styles and formats. To learn more about Vincent’s time on BA Practical Filmmaking at MetFilm School Berlin, we spoke to him for our latest blog…

When did you first realise your passion for filmmaking?

I have had a passion for film and storytelling from a young age. However, I only realised these passions way later, when I was around 14. I had broken my leg and was forced to sit at home. This was the moment when I saw Peter Jackson’s director blogs on The Hobbit. It gave me a view into the world of filmmaking and fully captured my attention.

You first studied contemporary Scandinavian fiction – how has this shaped your creative style?

It definitely formed me as a filmmaker and how I look at cinema. Contemporary Scandinavian fiction tends to explore very realistic characters – you’ll never find a ‘perfect’ hero or a ‘purely evil’ villain. I think that this makes characters much more interesting, and so I try to use it in my films as well.

Can you tell us a little bit about your short London Calling?

London Calling is a film I made for my course at MetFilm School, in which things like the actor, location, and shooting time were already set, and we had to build a story around that. My film ended up being about a very clumsy British secret agent on duty in Berlin, when he finds a secret code which is vital for world peace.

London Calling was the first time I really dipped my toes into comedy, and it was an interesting genre to explore. In the future, I’d love to explore and experiment with it further, but in a different form – for example, a dark political comedy.

You’re working on a new film at the moment – what’s the inspiration behind this piece?

Indeed! I’m producing and directing a new film, which is a social drama about a young artist called Zayn, who finds out that his rent is being raised once more. Unfortunately, this raise means that one of his roommates has to move out, pushing Zayn to find a solution.

The idea came when Srdjan Jankovic (the scriptwriter) and myself sat in a café brainstorming. His rent had just gone up, and we realised that there is a worldwide trend of rent prices skyrocketing. That’s what inspired us to start writing the film.

The script turned out to be a reflection on the rent prices, but also on our generation, who often barely stand up for themselves. At the moment, we’re on the eve of principal photography, and we have this amazingly talented cast and crew working on the film, which makes it really exciting.

What are you hoping audiences will take away from the viewing experience?

I don’t think we as filmmakers should try putting words in our audience’s mouths. To think that you could change people’s minds or move them to act just by showing them a film is, in my opinion, a very egotistical and unrealistic thought. What I hope to achieve with the film is that, afterwards, the audience takes a moment to think about the problems shown to them during the screening.

How has your course allowed you to explore different sides of your creative process and style?

The course has pushed me to create or work on specific projects that I wouldn’t have otherwise explored. It’s forced me to take different jobs on set, and to try out different genres and types of storytelling.

Studying in Berlin is a part of that, too. For decades, the city was the stage of major historical events, so every street corner or building tells a story which is always inspiring. On top of that, Berlin is a huge creative hub, which means that you meet many creative people and possible collaborators.

Finally, what advice would you give to aspiring filmmakers?

I think that the most important thing is to watch cinema. Watch and read everything there is to find on your favourite director or filmmaker – then figure out who inspired them, and do the same thing all over again!