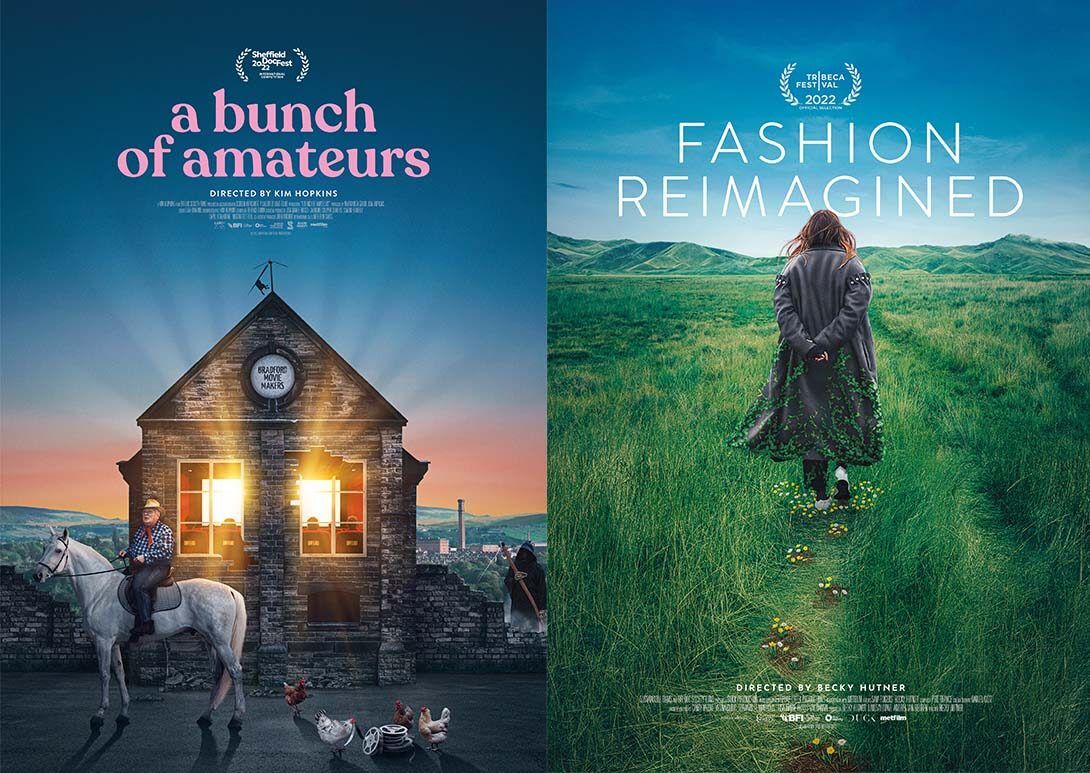 Sheffield Documentary Festival (otherwise known as DocFest) is an international celebration of documentaries held annually in June – and at this month’s festival, MetFilm Sales is representing four exciting, wide-ranging documentaries:

MetFilm Sales is MetFilm’s boutique agency specialising in the financing and sales of single documentaries and series, and typically works in close collaboration with MetFilm Production. Ella Pham, Festivals & Assets Manager for MetFilm Sales (and MA Producing alumni) shared her excitement over the news:

‘MetFilm Sales is thrilled to premiere four films at Sheffield DocFest this year. We are very proud of representing the films, and to finally be able to share them on a big screen in the UK.’

Growing old amid flickering memories, one of the oldest amateur film clubs in the world is teetering on the brink of survival. Desperately clinging to their dreams, and to each other, this hilarious and moving portrait of artistic folly speaks to the delusional escapist dreamer in us all. – MetFilm Sales

Directed and co-produced by Kim Hopkins, who is also credited as cinematographer for the film, A Bunch of Amateurs is described by DocFest as ‘a quietly hilarious, profoundly moving portrait’. The film will see its world premiere on Friday 24 June as part of the People & Community strand of the festival, as well as competing as part of the International Competition.

With the recent announcement that MetFilm Sales had boarded the feature, director Kim Hopkins said that the company was ‘the perfect home’ for the film. In an exclusive with Variety, she continued: ‘The company’s track record and unique sensibility in the documentary world speaks for itself.’

Few figures have played such a seminal role in our moving picture history as the revolutionary photographer and cultural icon Eadweard Muybridge. His unprecedented images of running horses instantly transformed the camera into a machine of unmatched powers of perception and persuasion, and set the course for the development of cinema. – MetFilm Sales

Also showing at DocFest is Marc Shaffer’s Exposing Muybridge. As part of the Memories strand of the festival, this will be the international premiere of the documentary, which pieces together the life of Eadweard Muybridge, from his most iconic pieces to the influence he has had on artists including Francis Bacon and Gary Oldman.

Within the idyllic Philippine tourist destination of Palawan, forests and wildfires are being destroyed by illegal loggers and President Duterte’s cronies. Despite extreme mortal danger, a small troop of environmental crusaders risk their lives to catch the culprits in the act and prevent the thieving and destruction of their homeland. – MetFilm Sales

Delikado, directed by Karl Malakunas, is playing as part of the Rebellions strand of Sheffield DocFest, and aims to expose how indigenous communities are impacted by corrupt practices. The film will see its European premiere at the festival, and has already been nominated for the Tim Hetherington Award, which ‘recognises a film and filmmakers that best reflects the legacy of photojournalist and filmmaker Tim Hetherington’.

Although she is regularly featured in Vogue, designer Amy Powney of it-girl brand Mother of Pearl is an outsider, raised off the grid in rural England. Increasingly troubled by her role in fashion’s environmental impact, Amy makes a decision – transform her business model and make it sustainable, or leave fashion entirely. Amy embarks on her quest, sparking a movement along the way. – MetFilm Sales

The final film that MetFilm Sales are representing at DocFest this year is Canadian director Becky Hutner’s first feature documentary. Fashion Reimagined will play as part of the Debates strand, and was also produced in association with MetFilm. Early reviews of the film have praised ‘Hutner’s fine narrative structure’ and ‘Powney’s appealing warm and drive’ in this ‘colourful, sometimes shocking education’.

While the film will see its European premiere at DocFest this month, it has already had its World Premiere earlier in June at the Tribeca Film Festival, where it played as part of the Spotlight Documentary selection.