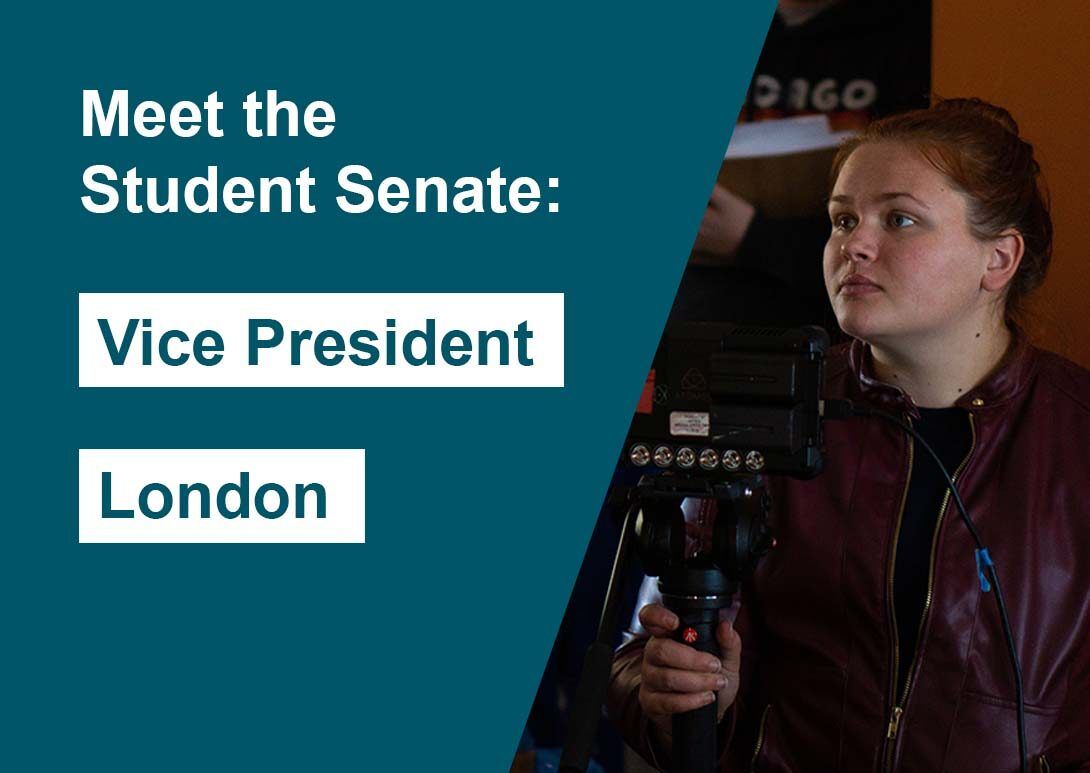 For the third blog in our new series introducing the MetFilm School Student Senate, we caught up with Sarah Ditchfield, MA Post Production student, and our London Vice President!

You can learn more about the Student Senate, including how to contact them, at the end of this blog – keep reading to find out what inspired Sarah to go into filmmaking, and what her position on the Student Senate has taught her so far.

When did you decide you wanted to go into filmmaking?

I’ve wanted to be a part of this industry for as long as I can remember. I started acting as a child with the Toronto Youth Theatre, and I kept performing until I was 20. When I was looking at getting my Bachelor’s degree, I actually began a course in Audio Engineering, which was a real change in direction. I didn’t even get through one semester before I added in a film degree. I always knew I couldn’t do anything else with my life.

My earliest experiences were watching VCRs with my family on the weekends. The first film I watched in the theatres was Monsters Inc., which still holds a special place in my heart! I also began acting as a young child and performed in live theatre for most of my life. My love for acting and film lead me to working in sound for film! I mostly watched Disney and Pixar films as a child – and now I mostly work in drama.

What brought you to study at MetFilm School?

I knew, coming out of my Bachelor’s degree, that I wanted to study for my Masters next. I had always wanted to move to London, so when I was looking at programmes, I began my search there. I found MetFilm School through one of my friends who was also looking at places to study. I loved the idea of having a campus on a studio lot and was also drawn to all of the connections that the School had to offer.

How are you finding your course?

I’m learning a lot about visual editing, which is really fun! I come from a sound background, so I feel like I’m becoming a much more well-rounded editor – I never thought I’d enjoy motion graphics or colour grading as much as I do now! I’ve also met so many amazing creatives here, and have definitely made lifelong friends.

Why did you decide to run for Student Senate?

I wanted to run for the Senate to help create positive change across the School and in student life. I wanted to help students to create events and make the changes they wanted to see on campus. Plus, I wanted there to be more networking events and opportunities for students.

Can you tell us a bit about your Senate position?

The position has taught me a lot about leadership, planning, and looking after the wants and needs of a large group of people – I hope to continue to hone these skills through my career, as I want to be a sound supervisor one day!

Finally, if you could be a part of any film, past or present, which would you choose?

I think it would have to be Catch Me If You Can… it’s just such a fun movie, and I can only imagine that it would have been amazing to work on!

If you would like to contact a member of the MetFilm School Student Senate, please email senate@metfilmschool.ac.uk.

Go on a virtual tour of MetFilm School London in this walkthrough video – led by former Student Senate President, Julia!