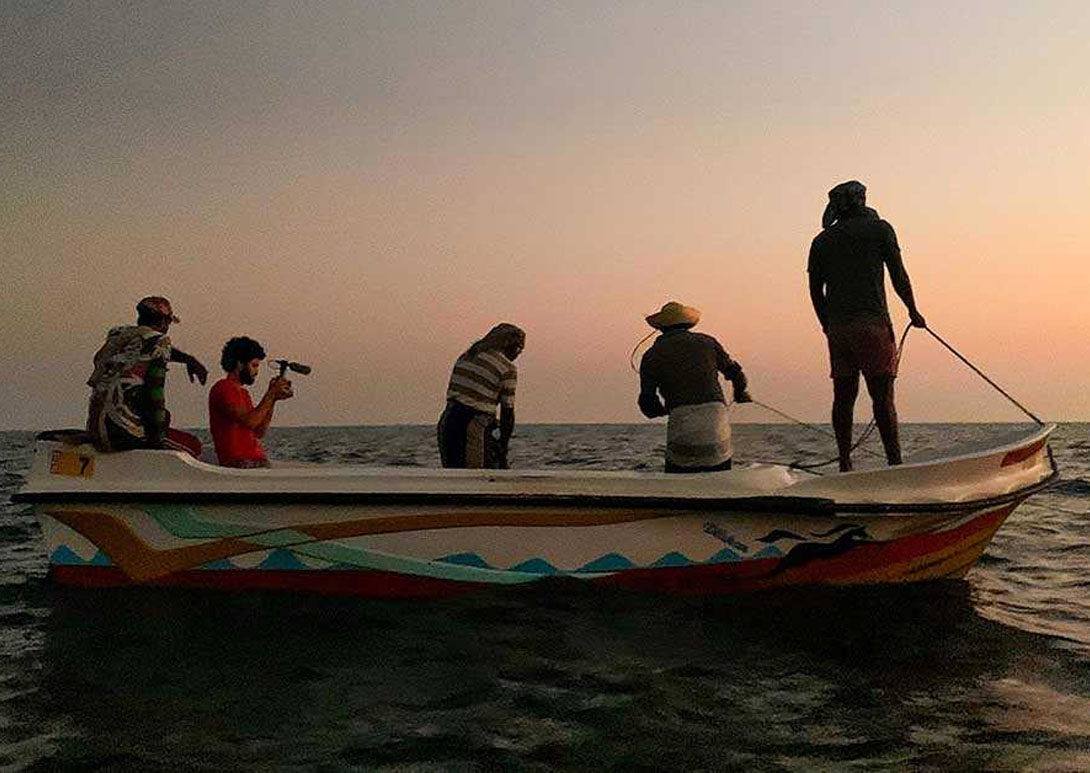 Ask a writer for creative advice and you may receive the age-old tip: write what you know. The rule works just as well in the world of filmmaking, and it’s certainly an approach that MA Documentary & Factual graduate Ibrahim Nash’at has taken with his previous short film, A Moment in the Wind, and now his debut feature-length documentary, Between the Hooks.

6000 miles from Berlin, on the Western coast of Sri Lanka, there is a remote village named Kudawa. It’s an area experiencing a boom in popularity as an international kitesurfing hotspot. But at what cost? A keen kitesurfer himself, Ibrahim visited the village a few years ago and fell in love with its rustic feeling and traditional way of living. However, he could see the difficulties newfound tourism was having on the local community, particularly for the well-established fishing community. He decided to document it…

With much footage now in the can, the film last month became one of 21 projects selected for the Work-in-Progress section (WIP) of this year’s Hong Kong Asia Film Financing Forum. At this pivotal point in its production, we checked in with Ibrahim to find out more about the debut feature and see how things are progressing…

How have you decided to explore the situation in Kudawa in Between the Hooks?

Kudawa was a fishing village for decades but today it is considered to be a kitesurfing paradise, and one of the top 10 destinations around the world for the sport. The presence of tourism in the village has created two parallel worlds; kitesurfers and fishermen.

In the film, we follow characters from its two co-existing worlds. We meet one of Sri Lanka’s most enthusiastic kitesurfers, Dil, who is encouraging the government to create a system on the lagoon that could be beneficial to both worlds. In the fishing world, we follow Emmanuel, whose family are deeply involved in the fishing society and who are split between generations; a resistant-to-change grandfather, an accommodating father, and a rebellious kitesurfing son.

How was your first phase of shooting? Have there been any particular challenges to overcome?

The shooting itself was super enjoyable, especially that we were filming in a beautiful village with magnificent nature and humble locals. But filming in a windy and sandy environment with salty water wasn’t very easy. We had to be super cautious about the equipment. One day our camera batteries fell in the water; it was a disaster at the beginning, but thankfully our co-producer, Diaa,  was prepared with a backup camera that had compatible batteries which saved us from a big hassle…

How have you been funding the film?

Up until now, the film has been financed personally through my own production company, RMG 247 Production, which I recently founded with my business partner and with the support of my friend and co-producer, Diaa Elsadat. A few months ago, we teamed up with Florian Schewe and the German production company Film Five and have applied for a few funds. In addition, we recently participated in the Asian leading film market HAF (Hong Kong – Asia Film Financing Forum) and we hope that our discussions with potential partners could be a way of securing finances that would allow us to travel back and film during the summer.

Have you taken learnings from your previous short, A Moment With the Wind?

A Moment with the Wind was a trial to discover my passion for documentary filmmaking. It helped me understand the difference between feature film and the content being produced for TV. I learned a lot during that project, and without it, I wouldn’t have taken such a step towards creating documentaries intended for a festival release. Yet, I have to say, Between the Hooks is making me discover new things every day that I’m grateful for.

How did the MA Documentary & Factual course prepare you for making a feature?

It helped a lot, especially with understanding pitching and film markets. All of my instructors were a great help at the early stages of the project. My tutors Maja Classen and John Burgan supported with the pre-production phase. They were more than just consultants and instructors; they really cared about seeing me deliver a real story, and even kept on following up during the production phase. Rick Minnich has been a great help since I came back after filming the first phase of production. He carefully gave me instructions that put me on the right track. Their help guided me to change my film from being just an amateur independent film to becoming an actual film that could be appreciated by the industry and, who knows, maybe have a real impact on the village.

Finally, you’ve been in Berlin a while now! What do you love about the city?

Berlin is now my home. I just love that I feel that way when I travel back here from abroad. As a city, it has so much to offer for artists, it even makes me think that I could be one. It is a world on its own, with a specific way of living that is all about how to be yourself. You could explore everything here without feeling ashamed of anything. It helped me find inner peace and accept my flaws. 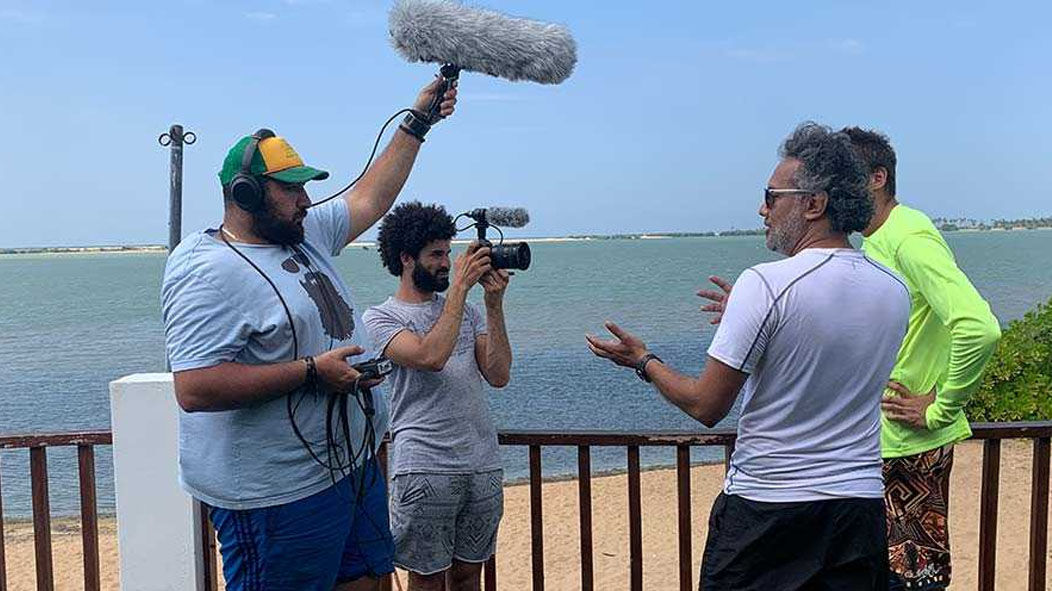