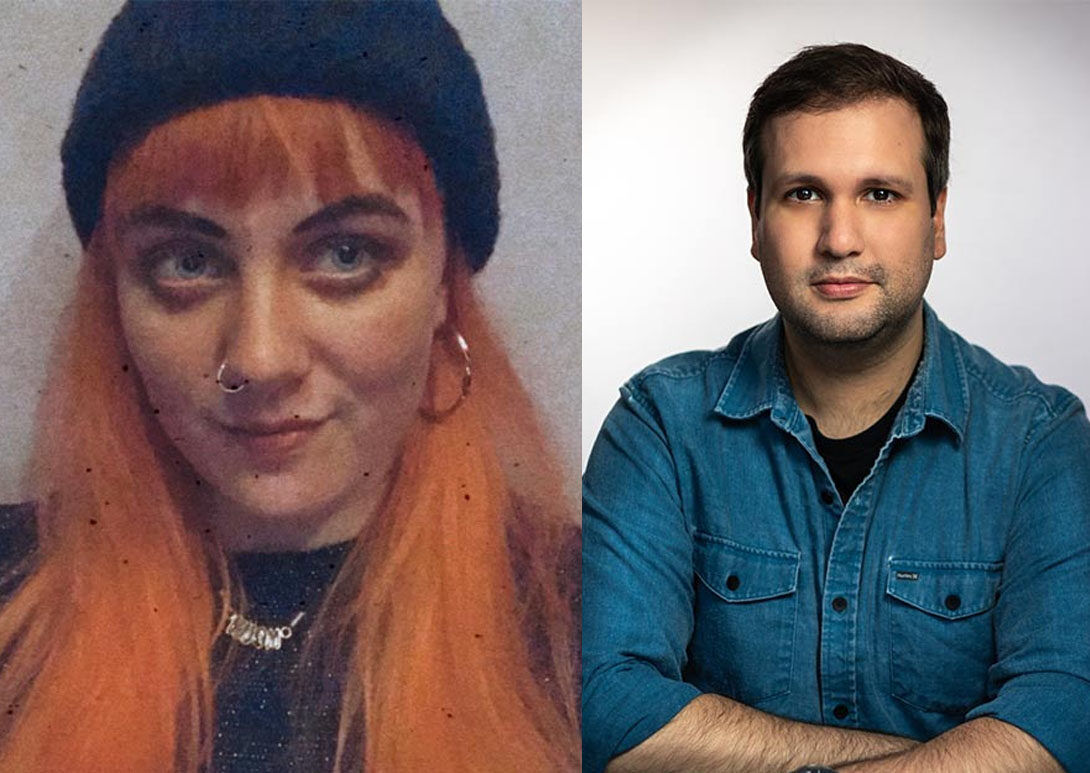 While the Film and TV industry has done an impressive job over recent months in adapting quickly to changing circumstances, some production schedules were inevitably slowed down or shifted, especially in spring and summer of 2020. This did, however, mean that high-profile talent from the creative industries have had a few more gaps in their diary…

Last year, we hosted more MetFilm Masterclasses than ever before, with the wonders of Zoom allowing stars from across the globe to share their insight and experience with our students. From Oscar-winning cinematographer Roger Deakins to BAFTA-winning writer/director Amma Asante to the rising stars of BBC’s Normal People, Daisy Edgar-Jones & Paul Mescal; it was a bumper year for guest speakers that further showcased our growing list of connections within the screen industry.

Before we get too distracted by the exciting masterclasses that we’ve already started having this year, we checked in with two of our current students – Molly Neill (MA Post Production) and Sebastian Zavala (MA Directing) – who have been frequent faces at our virtual events, to find out their 2020 highlights…

Molly: Although it is difficult to pick just one, my favourite masterclass so far has been the one with Tim Roth. A lot of the masterclasses have been fantastic because of their academic benefits to me as someone who wants to work in post production, but with Tim Roth it was down to pure and utter star power. I have been a fan of him as an actor since I began watching films as a young child, and having the opportunity to not only hear him speak but then get to ask him a question face to face (well, screen to screen on a zoom call), was incredibly exciting and felt like a once in a lifetime opportunity.

His answer was also fascinating, as I asked about his methods of protecting actors during the filming of violent scenes in his film The War Zone and he explained the preparation that went into the blocking of those scenes.

Sebastian: Definitely the one with Tim Roth. Not only because he’s an actor I admire quite a bit, but also because I found him to be very eloquent and casual. He had a lot of stories to tell, both as an actor and as a director, and shared a lot of chemistry with the interviewing tutor, Justin Trefgarne. It was a fun, informative, and not-too-serious masterclass – as most of them should be.

The one that surprised/changed a perspective

Molly: I was surprised during Gurinder Chadha’s masterclass because of her refreshing honesty when it came to discussing prejudice and racial inequality within the UK film industry. A very welcome confirmation of reality. It was great to listen to someone emphasise their desire to keep working in the face of obstacles placed in front of them as a woman of colour.

Sebastian: It was interesting to have the writer Scott Z. Burns as one of the early virtual masterclasses. I was surprised by the accuracy of his research for the 2011 film, Contagion, as well as the parallels between that particular story and the pandemic we are going through right now. A little scary,  but informative.

Molly: Tamsin Jeffrey’s masterclass was the most inspiring to me because of her attitude towards her work and the fact she was first assistant editor on some of my favourite films such as T2 Trainspotting, Kick Ass, Eden Lake and way more. She emphasised the importance of using your time as a freelancer properly; working extremely hard but then remembering to relax and take care of yourself when you can. As a Scottish woman, it was so inspiring to hear another woman born in Scotland talk about their success in the field that I want to go into myself.

Sebastian: Tim Roth talking about his experience directing, and the importance of creating a healthy and comfortable set, especially when directing uncomfortable or emotionally taxing scenes.

Why hearing from industry talent is important

Molly: It lets you get a peek past the theoretical learning of film school. I have been in education in this field for five years now, and although I feel very prepared to enter the working world, I know that there are many things that can only be taught through experience. Hearing from people who are in successful positions within the industry allows students to gain a little more information about the actual working world and perhaps feel a little more prepared to enter it ourselves.

Sebastian: It’s important because they are people who have already gone through – or are currently going through – all the experience we are just about to have. They can tell us everything about what we can expect in our futures, and give us advice about what to do and what not to do. Plus, it is always nice to hear about the difficulties they had to go through on the road to success, as well as the stories they might have about our favourite films or shows.

The question I wish I’d asked

Molly: If I could, I would go back to the masterclass with Craig Pearce and ask him about his method for writing the ‘Red Curtain Trilogy‘ and to explain more about how he interacted with the source material for Romeo + Juliet.

Sebastian: I wanted to ask Tim Roth about his experience directing the emotionally gut-wrenching film The War Zone, especially about creating an emotionally safe environment on a set like that. However, the interviewer beat me to it!

Molly: It is so tricky to say as there are so many inspirational people. In an ideal world, it would be Sally Menke, as I’d love to hear everything she has to say about editing, but tragically she is no longer with us. But I would also absolutely love to attend a class with Thelma Schoonmaker to hear about her iconic and groundbreaking work first hand.

Sebastian: Edgar Wright. I have been communicating with one of his representatives for the last few months, but he’s been rather busy. Understandable, but I will keep trying!

Passionate about launching a career in the creative industries? Download a prospectus today!

Revisit our 2020 Masterclass with Daisy Edgar-Jones and Paul Mescal!