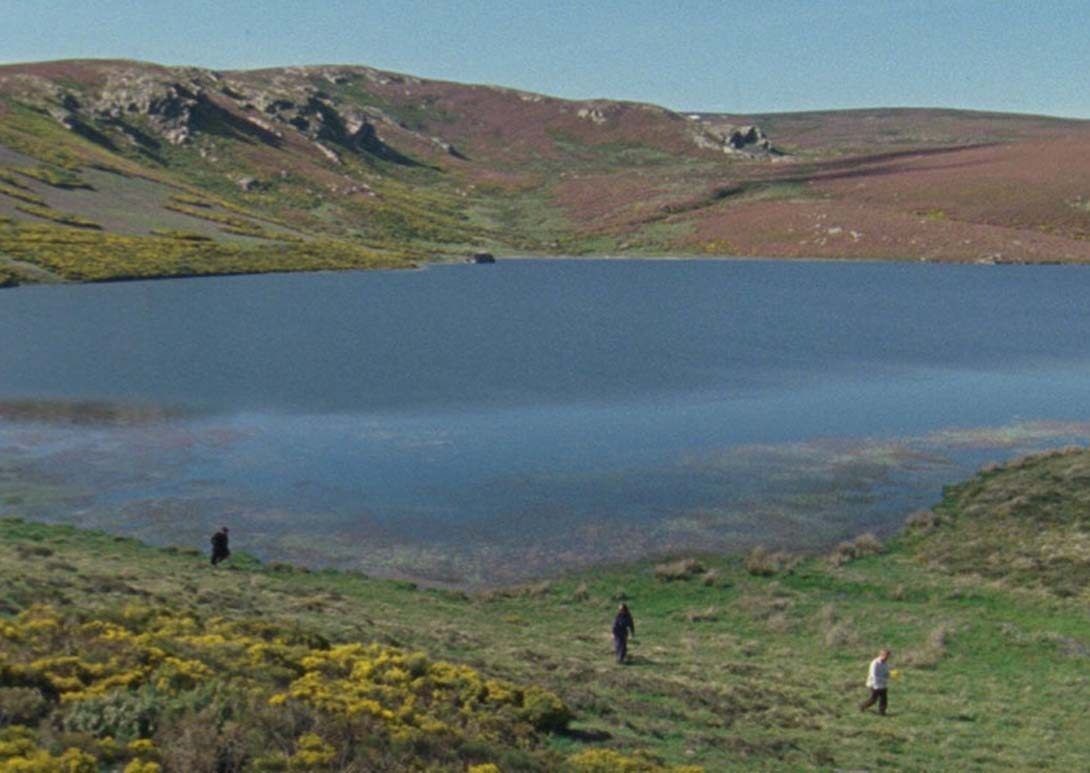 Back in February of this year, Experimental Filmmaking tutor Dane Komljen brought his second feature film, Afterwater, to Berlinale, where it played as part of the Berlinale Forum, which presents films that reflect on ‘the medium of film, social and artistic discourse, and aesthetic obstinacy’.

Inspired by G.E. Hutchinson, the founder of lake science, the film ‘invites the audience not only to watch, but to go into hiding and submerging’ as characters ebb and flow against the natural landscapes. A young couple take the train to a lake nearby Berlin, where they meet another man, and as the film continues, we see the three visiting different bodies of water. The film reflects the lakes at its centre, moving fluidly and often without explanation, showing pieces of conversation and interactions between the trio.

Now, on Friday 15th July, Afterwater will show at the Arsenal Summer Festival, as part of the Berlinale Forum and Forum Expanded Revisited segment. In anticipation of this showing, MetFilm School Berlin tutor Dane spoke to us about the inspiration behind, and the making of, Afterwater.

Can you tell us a little about Afterwater?

All Still Orbit, a short film that I made with James Lattimer, was based around the history of Vila Amaury, an impromptu city created during the construction of Brasilia, whose remnants are now to be found submerged at the bottom of Lago Paranoá. People who saw the film were then sharing stories of many different lakes holding submerged settlements.

I wanted to do something with what I’d gathered, and this is how Afterwater came into being, changing from a film about cities laying at the bottom of lakes, into a film about lakes themselves, both as ecosystems and as carriers of stories, images, and dreams.

Watch the trailer for All the Cities in the North, Dane Komljen’s debut feature film

As an ‘experimental’ film, what did you want audiences to take away from their viewing experience?

Cinema is a space where we bring our ideas, thoughts, dreams, and hopes, but it could only ever work with bodies, through bodies, and around bodies. This that can’t be untied.

I like to think of each film as its ‘own thing’. Of course, there are repetitions, but with Afterwater, I really wanted to go somewhere else than where I did with my first film, All the Cities in the North.

It was less about wanting audiences to take something from the film, and more about offering an experience where we can think with our senses.

Afterwater premiered at Berlinale earlier this year – what was this experience like?

I was super happy and grateful to be able to share the film with audiences in the theatres after two years of the pandemic. What was taken for granted – being together, watching things, hearing the same things and then talking about them – felt so special and crucial.

Are there any ways that you like to push or experiment with film during your process?

With Afterwater, I wanted to tap into cinema’s transformative power, this gravitational pull that could allow a film to change its story, change its period, its characters, and still, somehow, continue to flow jointly, freely.

I wanted to see what these shifts in terms of language, material, and acting could do to the ways we see and hear, how we sense and understand what we are and what is around us.

As an Experimental Filmmaking tutor at MetFilm School Berlin, how did ‘experimentation’ play into Afterwater?

The way that I work is highly intuitive. For me, it is always very important to set a frame that will hold a film, and then allow things to pass freely through that frame. It begins from how a film is written, and that’s how I work until it is made and finished.

This film started by assembling a structure out of many stories that accumulated over time, and shaping the direction many, many times. What began as an essay set to be shot on three continents ended up as my most acted, played work. I didn’t plan a specific image that I wanted to create – instead, I tried to stay in the moment, being responsive to what is actually there in front of me.

‘Experimental’ is a weird world, but to me it means this meandering nature of the process itself; its openness.

Watch the trailer for Afterwater