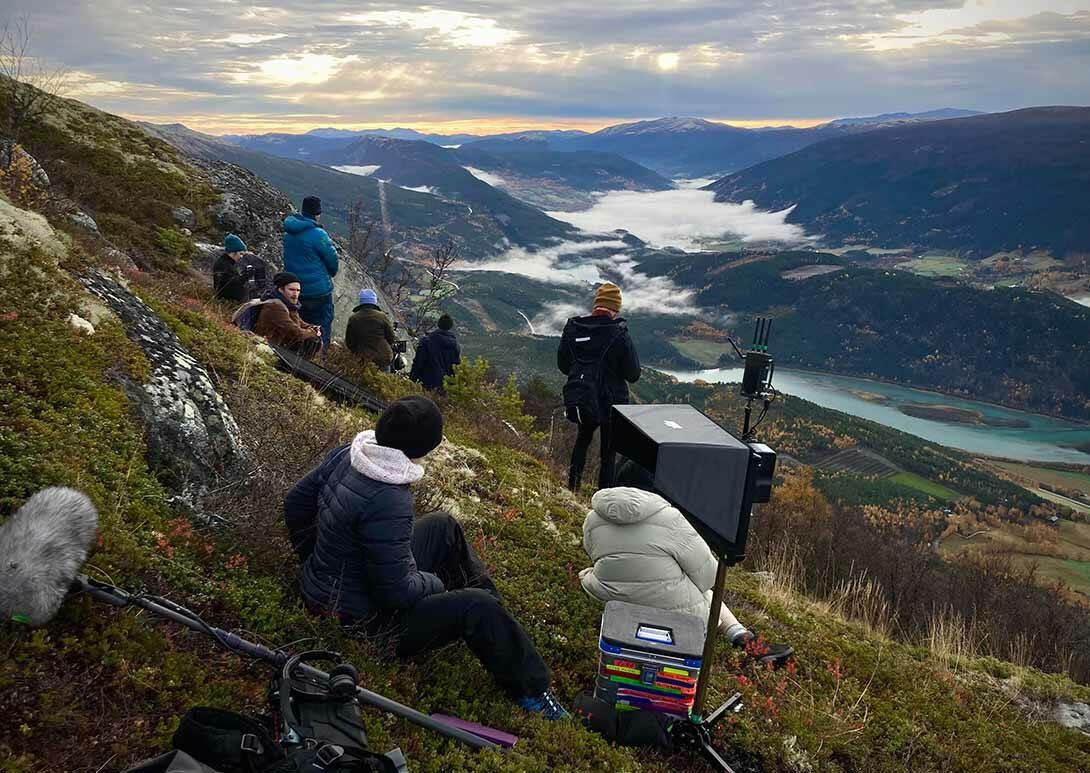 This October, BA Practical Filmmaking graduate Aladdin Alisic has got big plans for Halloween: the latest short film from his production company, Tistlebu, will be screening at the 30th anniversary Raindance Film Festival, as part of the Horror Show at Genesis Cinema.

Three Wishes Production is dedicated to telling stories ‘through high-quality visual content, with unforgettable and professional results’, and has built a large collection of both fiction and commercial work, from a music video for Norwegian Americana artist Inger-Katrin, to Aladdin’s own short films, PHARE and Flicker.

Tistlebu has already been nominated for the Golden Chair Award at this year’s Norwegian Short Film Festival, and as the team prepares to take Simon M. Valentine’s film to Raindance, we spoke to Aladdin Alisci about the production of the project, as well as his growing career as a whole…

What led Three Wishes Production to get involved with Tistlebu?

It’s funny how the production of Tistlebu came to be. While we are a full-time production company, we also host the annual Ravenheart International Film Festival (RIFF), and in our second year, we received a Norwegian horror-short called ANTIQUE by Morten Haslerud. He attended with the cinematographer of the film, who turned out to be Simon M. Valentine!

We got along with the ANTIQUE representatives, and shortly after, Simon reached out with a screenplay – it became a creative avalanche from there. What drew us to Simon’s project was his raw dedication to the source material, and his desire to bring something different to the Norwegian film market – and different it was!

The film has been selected at Raindance – how does such an achievement feel? Can you share any advice for aspiring filmmakers entering the festival circuit?

Of course it feels great to have your work recognised by a big festival, and it was truly a surprise to us all. The entire cast and crew couldn’t be more grateful for the programming team, and to be part of their special 30th anniversary is quite something!

Having been in the festival circuit with a handful of projects, and running our own festival, my advice is to be honest with your work, and to do your research properly. Remember that every film isn’t fit for every festival.

A bonus tip for most filmmakers: make your film visible, both online and at festivals. There is nothing worse than wanting to learn more about a film, and not being able to find anything online. Use what you have: various social platforms, Vimeo, YouTube, TikTok, and most importantly, fill your IMDb page with as much information as you possible can. IMDb is your own public CV, and it makes it so much easier to learn about you!

Watch the trailer for Tistlebu, directed by Simon M. Valentine

The sound design is very effective at creating a ‘horror’ atmosphere. From the production side of things, how much does genre play into your approach?

It’s tricky, because you don’t want the genre to be too much of an influence – otherwise you can easily fall into a trap of gimmicks and tropes, which can derail you from what the story is about. Afterall, a horror is never really just a horror.

However, we are big believers in matching the atmospheres of the stories we tell on set. This is something we believe motivates the crew, and allows them to immerse themselves more into the story, as well as making the room a safer and more believable place for the actors.

As it often does in horror, the location of Tistlebu becomes its own character – how did you go about finding the perfect location for this story?

Very early on, we established that Tistlebu farm was indeed a character of its own. Myself and my fellow producers, Andreas Rusti Johansen and Adam A. Losurdo, had a thorough process in making sure that Simon’s vision was understood. We had quite a lot of pre-production meetings where we wanted to get closer to Simon’s vision.

Once we felt confident in each other, we actually just started looking – Andreas did a phenomenal job in the search, he managed to find a handful of characteristic farms through Google.

To make a long story short, as soon as we got out of the car at Nordigaard Blessom in Vågå, we made a call to the other locations we had booked to visit, and cancelled them. We all felt it as we stepped onto the property, that this was Tistlebu farm. With these things, you often just know when you find the right place – you feel it to your core. 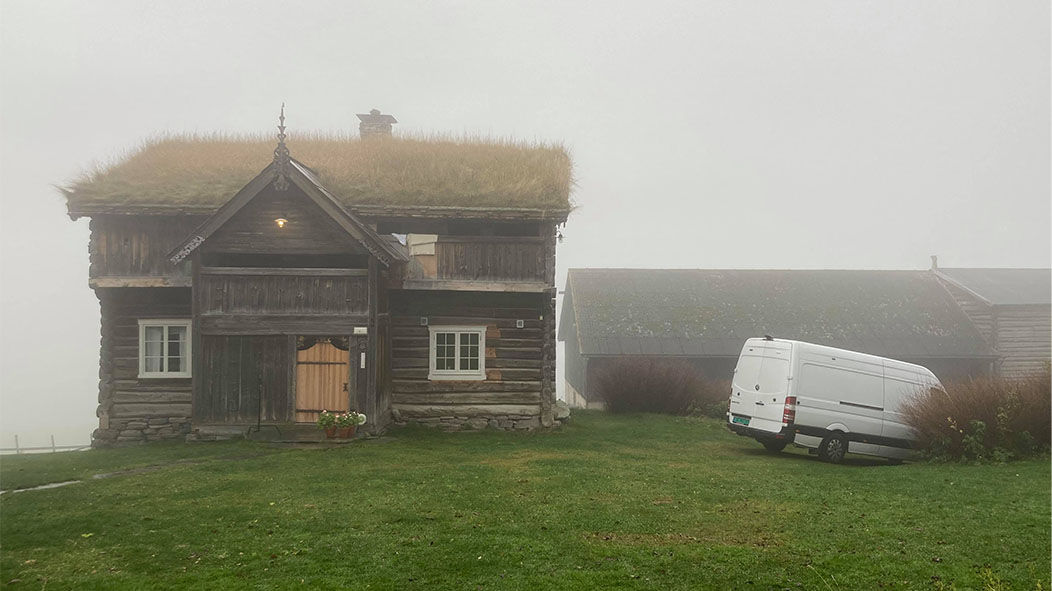 Looking at previous projects from Three Wishes Production, there’s a common theme of horror and sci-fi. What draws you to these stories?

I’m not really fixated about what genres to pursue when writing my own screenplays (like PHARE and Flicker), it’s always the story and characters that lead me – the genre comes later down the line.

However, I’ve always been drawn to stories about what goes on under the skin, and the dark unknown, which I suppose are topics that horror and sci-fi are accommodating to. It just so happened that these were the stories we wanted to tell, and that they fell under these genres.

In contrast to these films, Three Wishes Production also have a nice blend of genres in our pipeline, from dark comedy and surrealistic drama, to experimental body-horror, and even a Norse folk-horror.

Taking on your own projects with your company, do you have any tips for managing both sides of the creative process simultaneously?

In my case, with Three Wishes Production, I am fortunate enough to be working with two very close friends, so I will always hear it straight if I deliver something that isn’t good enough.

Friends or not, we invest a lot of time and money into the stories we put on the screen, and therefore, we can’t allow ego or personal bias to stand in the way of the best story possible.

The number one tip I have is just to be honest and transparent with yourself, and with your team. Most of the things we write, shoot, or edit just don’t work to begin with – so be honest about that, and work together to make it better. It becomes a lot more challenging, and also a lot more fun that way. 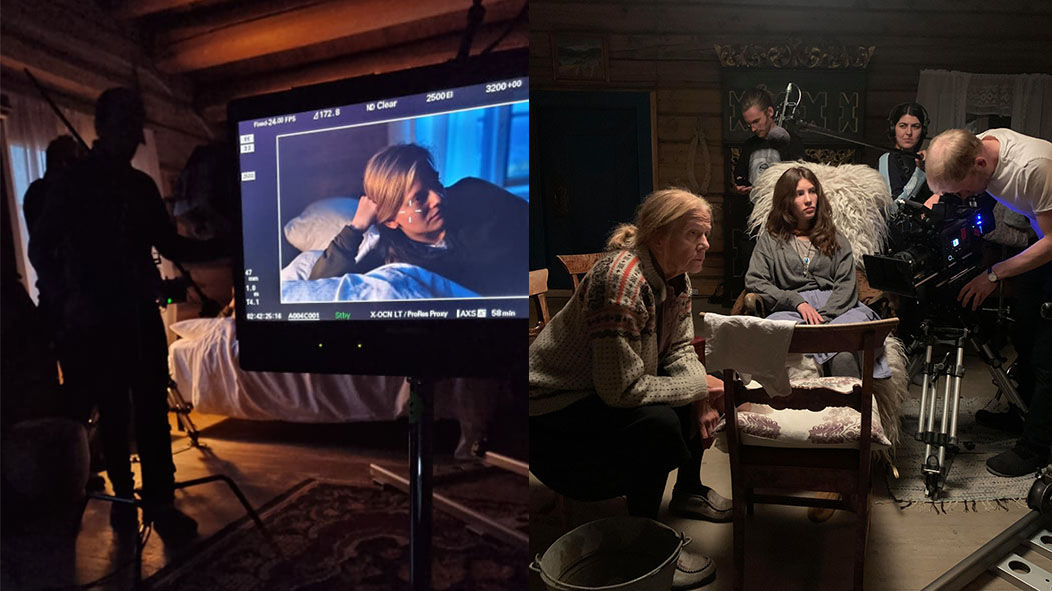 Are there any standout memories or lessons from MetFilm School that have stuck with you in your career?

Oh man, with each passing year I keep looking back more and more to my days at MetFilm School. As far as lessons I keep returning to, it would be the multi-camera module we had.

There was such a fast-paced environment, led by tutors that truly cared about the craft and the student’s progression. What this module really taught me is how to handle the fast pace and the pressure that comes with every day – and of course, that if you’re on time, you’re actually late!

Finally, if budget and time weren’t a problem, what would be your dream project?

If I could pick anything, give me The Legend of Zelda franchise to write and direct – and my brothers Adam and Andreas to produce it!